CBS 58 Investigation: An online resale business not delivering on its promise 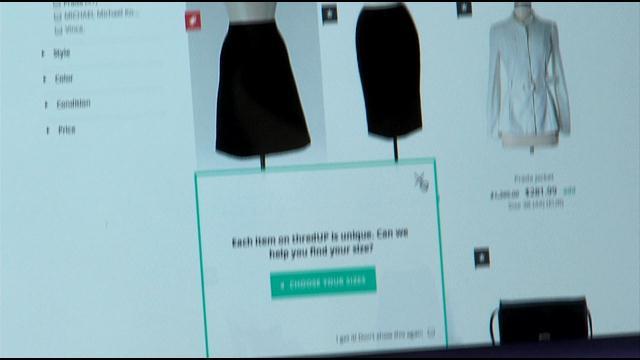 When it came time for Ariel Shibiliski to clean out her closet, she gathered up several of her gently used, designer items and shipped them off to thredup, a relatively new San Francisco-based company billed as the largest online consignment and thrift store.   \"Basically you bag them up, evaluate them and then sell them for you, and then you get a percentage of what they get.\"

Shibilski dutifully filled the four \"clean out bags\" the company sent her with high-end clothing and accessories...including a number of designer purses worth several thousand dollars apiece.

\"This would be a good example of something similar...they were unique...two Prada bags and a Landvin bag.\"

But several days later, a strange email from thredup landed in Shibilski's inbox...it said the items she sent weren't suitable for resale...and even though she opted for the company's \"return assurance\", they were now refusing to send the items back.

\"I couldn't believe what I was reading, I thought this can't be legal, they can't just keep everything in the bag...that's insane!\"

Emails of her own went unanswered...and repeated calls to customer service went straight to voicemail.

Adding insult to injury, the fact that shibilski believes she's now spotted several of the items thredup allegedly rejected, already up for sale on the company's website.

\"I can't prove anything, but I'm going to go ahead and say there are a few items that I'm pretty sure are mine.\"

At her wit's end, Shibilski finally filed a complaint with the Better Business Bureau, and was shocked to see more than 170 similar complaints against Thredup, all within the last 3 years.

\"All from people who had a similar experience...lost of missing items.\"

\"In a case like this company, it is a complex transaction.\"

The Better Business Bureau's Randall Hoth explains that Thredup remains accredited by the BBB because the number of complaints is relatively small when compared to the company's total number of transactions...and he says most of those complaints have been addressed and resolved. He also points out that convoluted as they may be, the details of the sales agreement *are* spelled out on the compawebsitesbite...and that it's up to consumers to read the fine print...something Shibilski admits she didn't bother to do.

\"When I saw them on television, I didn't bother to look them up online because I just assumed they were a reputable business.\"

We managed to reach thredup's public relations manager --Farrell Klein-- by telephone. She says that Ariel's experience is the exception and not the rule...but that the company is going ahead and changing it's return policy, and perhaps tweaking some of the fine print.

\"Just today in fact, we sent out an email where we launched a policy offering free returns, and we have a note in it thanking our customers for their patience as we try to build a business.\"

7 days after Shibilski filed a complaint with the better business bureau, *most* of her missing items were shipped back to her...along with several items that appear to belong to somebody else...bottom line here...as an online startup, thredup may still have a few wrinkles to iron out.
Share this article: