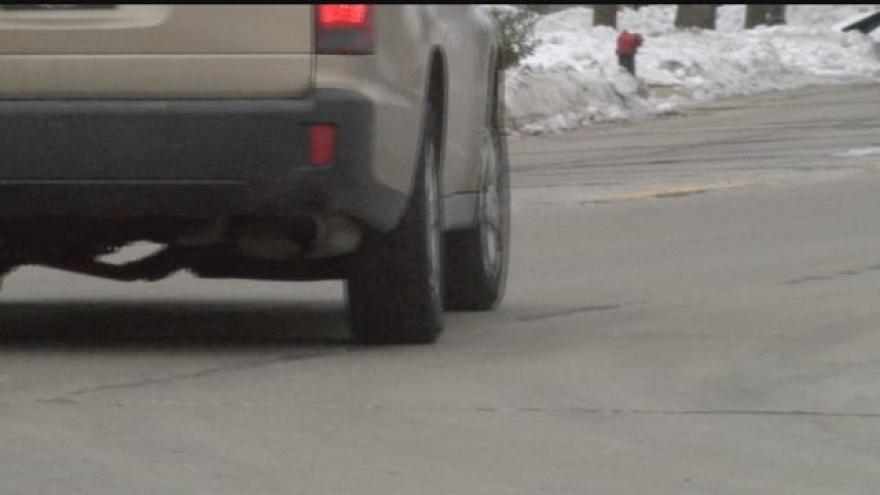 If you're in the market for a new car, there's a question you might want to ask your local dealership; Does this vehicle come with a spare tire?

According to AAA, there are 30 million Americans on the road today without a spare tire, and that number is growing. This year, roughly 1/3rd of all new cars will come without the traditional spare.

In Brookfield, we asked Robert Pandel to show us the spare tire in his 2013 Hyundai Elantra. No matter how hard he looked, he couldn't find it.

"It's something you never think of," he said. "I'm going back to my dealer."

Drivers who aren't aware their car has no spare, are likely to find that out in the worst possible time: when they're stranded on the side of the road. So where is the spare?

"Automakers have been moving toward this over the past ten years," says AAA Spokesman Nick Jarmusz. "Not including the spare as a way to save weight on the vehicle, and boost fuel efficiency."

Instead, automakers are including a tire inflation kit, which seals small punctures while filling your tire with air.

The kit sits in the trunk of the car, where the spare used to be located, but it doesn't work in every situation. For example, most kits will not fix sidewall damage, a blowout, or a large puncture.

"It has to be a puncture to the center treads of the tire, and the object that punctures the tire has to remain in there," says Jarmusz.

At Uptown Chevrolet in Slinger, Service Manager Ken Rayeske says the kits are easy to use, and can fix most problems that would normally require a spare.

"We started seeing this in about 2010 on some of the vehicles," he says. "It's designed to save weight and therefore increase gas mileage, that's the whole reason for it."

On his lot, popular models like the Impala, Malibu, and Corvette all come with a kit.

He says customers are often not aware of the trend when purchasing a new car.

"I don't think people ask as much as they should, I think they assume it has a spare tire, and they find out it doesn't and they're a little confused."

Rayeske says his staff has made an effort to alert customers of the trend. Most dealerships will allow customers to add a spare for an additional cost.

He expects the trend to continue, with spare tires potentially becoming a thing of the past. AAA says drivers need to be aware of the change.

"Most people just assume their car is going to come with a spare," says Jarmusz. "Make sure you check and see what you have, and be prepared for what you're going to need to do."

Now, AAA is calling on carmakers to put the spare back in the car.

"It's not a good trade-off ultimately," says Jarmusz "Because you may end up paying a lot more money if you need to call for a tow depending on the circumstances."

The tire inflation kits have a shelf life of 4 to 8 years, and the sealant in the kits must be replaced after each use. That costs around $35, according to Rayeske.

Wondering if you're vehicle is impacted?  You can view a full list here