Jackson Police say a child was playing in flood water when the strong current pulled him under and he got stuck in a culvert.

An officer came across the scene and jumped into help.

Police say he put his arms around the 9-year-old boy and pulled him to safety.

The child was not hurt. 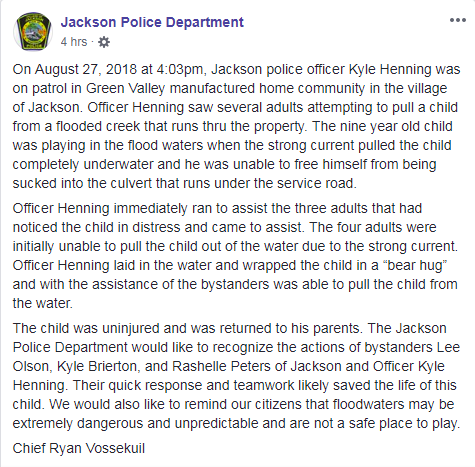