THIENSVILLE, Wis. (CBS 58) -- A dinosaur theft is caught on camera.

Surveillance video from the Thiensville Public Works Department shows someone driving into the public works yard and then a few seconds later, drove off with it. 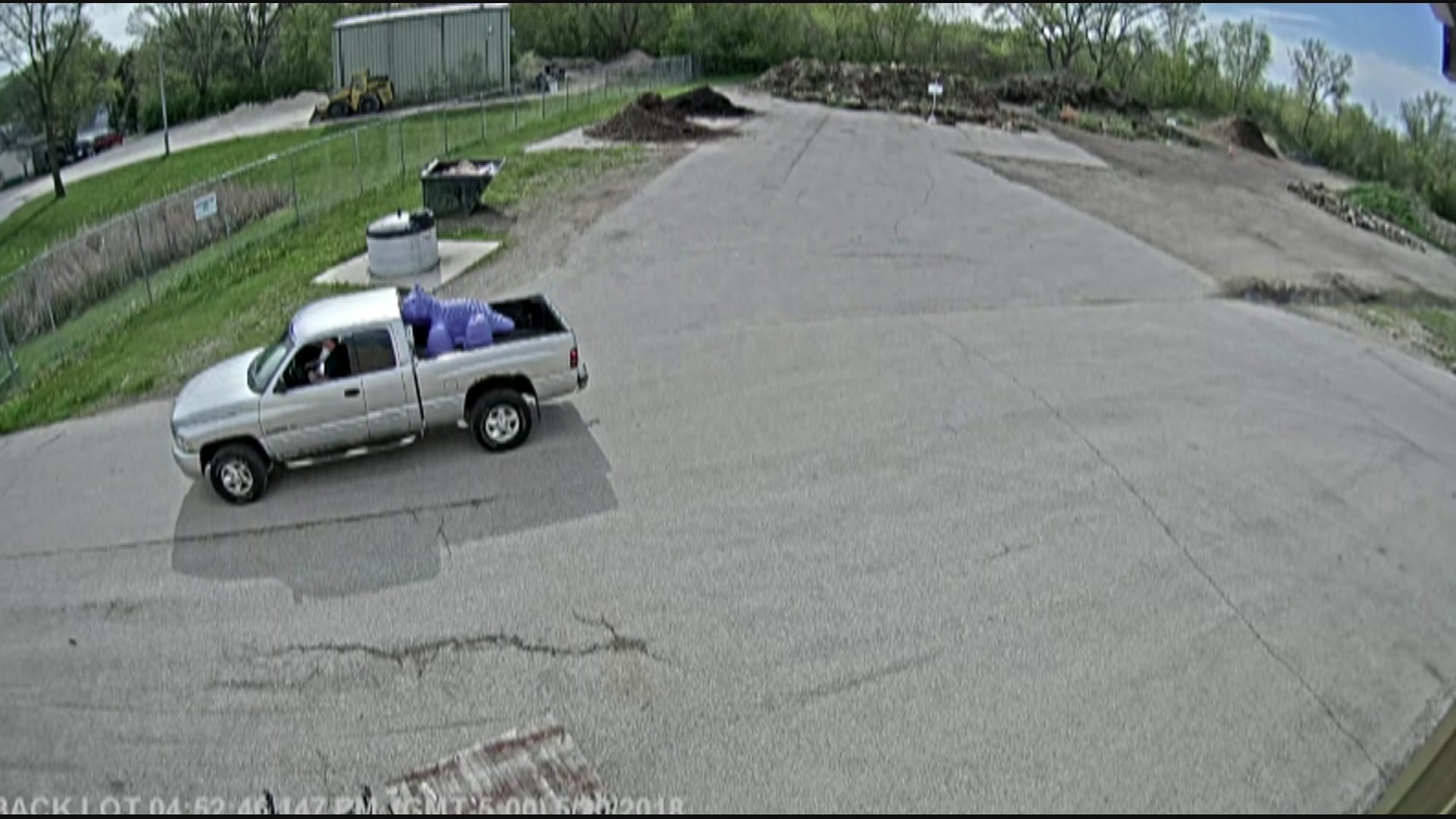 Police say the dinosaur used to be part of the village park playground until it was removed last year. The dinosaur is set to be auctioned off at a fundraiser over the weekend.

Police say an 18-year-old Brown Deer man and his 21-year-old sister wanted to steal the dinosaur as a joke for their grandparents.

The two were cited and arrested for theft.