Cards Against Humanity buys a piece of the U.S. border 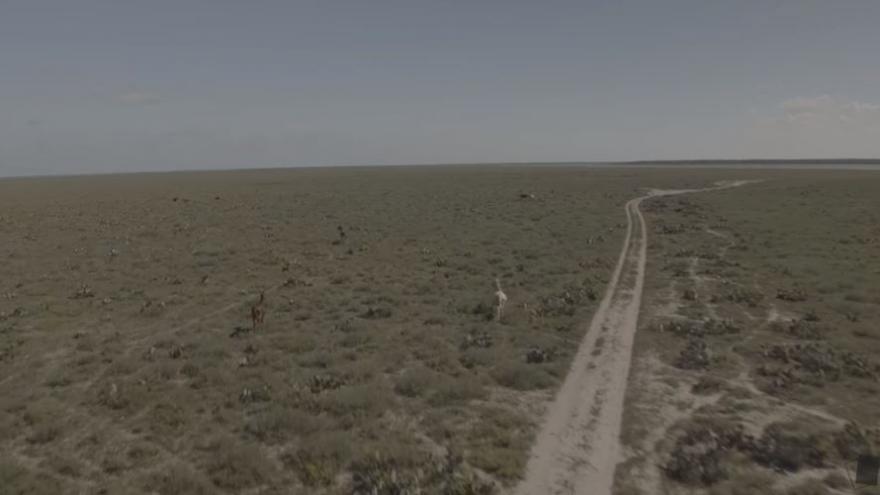 The company, known for its off-color card game, said it bought a piece of the border "to make it as time-consuming and expensive as possible for the wall to get built." One of President Trump's early campaign promises was to build a wall across the U.S.-Mexico border. The U.S. Customs and Border Protection started testing prototypes in October.

Cards Against Humanity is known for holiday stunts such as its 2016 "Holiday Hole," a giant hole dug in celebration of "how everything in America is going really well." While it's not clear where the land is located, the company said customers who buy a $15 holiday pack will receive "an illustrated map of the land, a certificate of our promise to fight the wall, some new cards and a few other surprises."

The promotion is limited to the first 150,000 customers , a threshold that was quickly reached. As of Wednesday morning, the $15 Cards Against Humanity "Saves America" pack was sold out.

"It will be fun, it will be weird and if you voted for Trump, you might want to sit this one out," the company notes on its website.

The government is being run by a toilet. We have no choice... we are going to save America and attempt to keep our brand relevant in 2017

Join in and for $15 we’ll send you six America-saving surprises this December: https://t.co/o1BFmokO9W

The game company also said it hired a law firm "specializing in eminent domain to make it as time-consuming and expensive as possible for the wall to get built."

Cards Against Humanity was born out of a 2010 Kickstarter campaign that raised nearly 400 percent of its goal. Players try to outwit the others by playing a card with a word or phrase that pairs humorously with another card.

-- With reporting by CNET