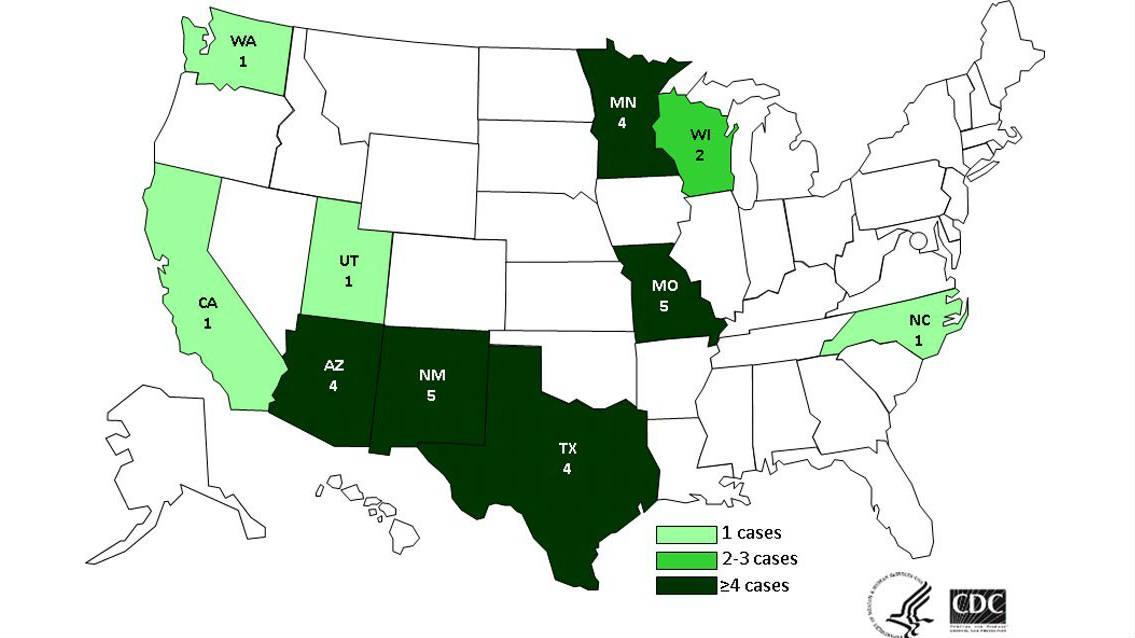 (CNN) -- A sweet treat has turned potentially deadly for dozens of people in multiple states.

At least four people have died -- in a fifth case tests are pending -- after eating caramel apples that may have been infected with Listeria monocytogenes.

Some 28 people have become infected with the deadly bacterium in 10 different states according to the Centers for Disease Control and Prevention.

Of the people who have gotten sick, nine were pregnant. Pregnant women are 10 times more likely to get listeriosis after eating infected food.

Of the rest of the cases, three were children who were otherwise healthy, the CDC said.

To date 15 of the 18 people who were interviewed about their illnesses remembered eating commercially produced, prepackaged caramel apples before they got sick.

Most of the people who got sick with this outbreak saw the doctor in late October and November.

Investigators are still trying to determine which specific brands are involved. They are also trying to figure out the source of the infected apples.

In the meantime, the CDC is warning consumers who may have bought caramel apples with toppings like nuts, chocolate or sprinkles not to eat them, at least not until investigators figure out the source of the contamination.

There are about 1,600 cases of listeriosis reported in the United States every year. This kind of infection kills about 260 people annually, according to the CDC.