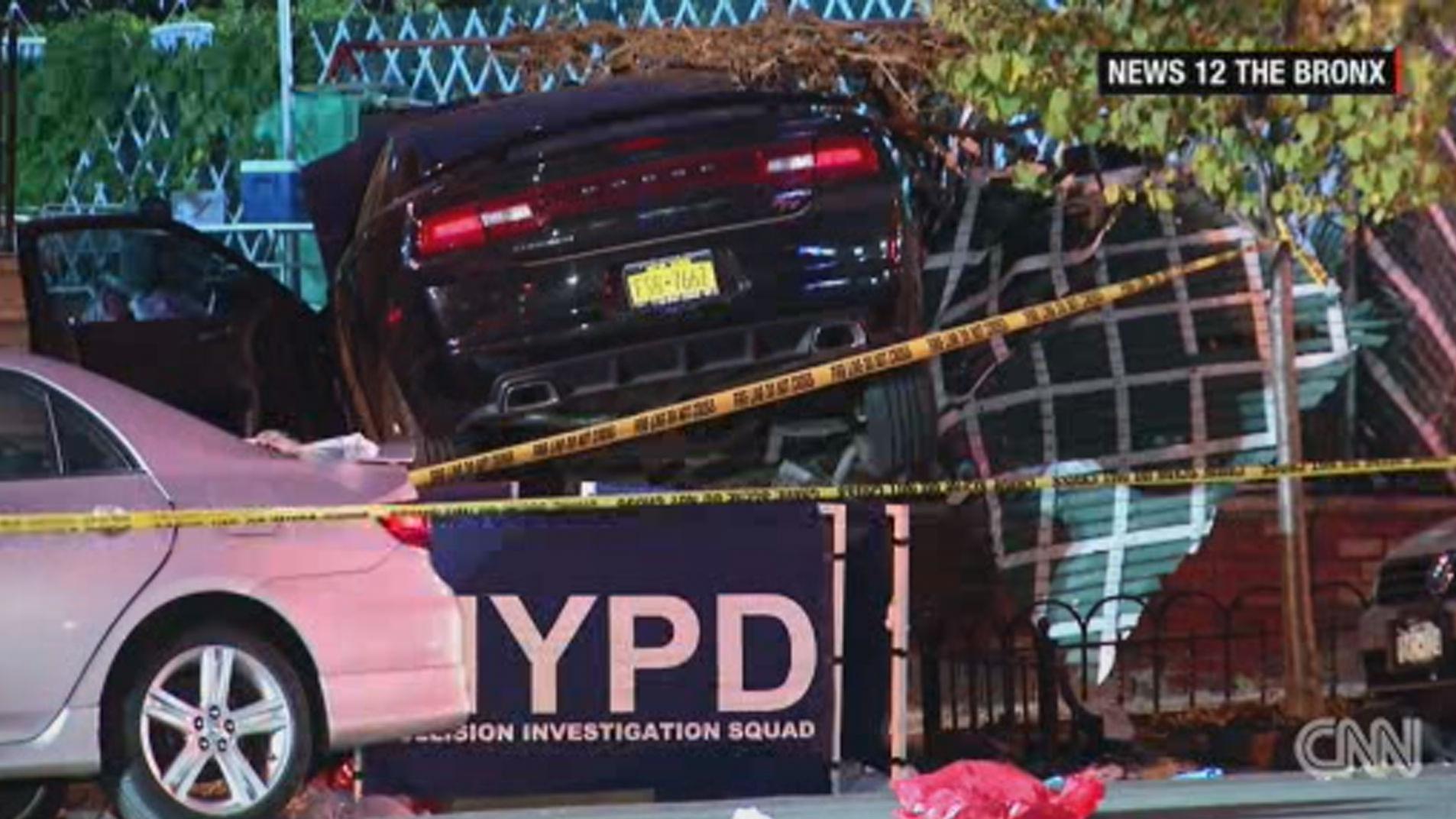 (CNN) Trick-or-treaters were among the victims after a car mounted the sidewalk and plowed into a group of pedestrians in New York City, police said.

Three people, including a 10-year-old girl, were killed in the collision in the Bronx on Saturday, the New York City Police Department said in a statement.

The driver of the car and three pedestrians, including two young girls, were taken to Jacobi Hospital, police said. The driver is in a stable condition, and the three other people were treated for non-life-threatening injuries.

"There were families, kids trick or treating walking behind me," eyewitness Kristina DeJesus told CNN affiliate WABC. "And all of a sudden, I heard the 'boom' and the car literally jumped over a parked car and flew into the gate, hitting a bunch of people."

Police are still investigating exactly what happened and why.

They say a Dodge Charger, driven by a 52-year-old man, bumped another car and then careened onto the sidewalk and into the pedestrians. It ended up in the front yard of one of the homes on the street.

Witnesses reported a grisly scene in the aftermath of the collision, including severed body parts, according to WABC.