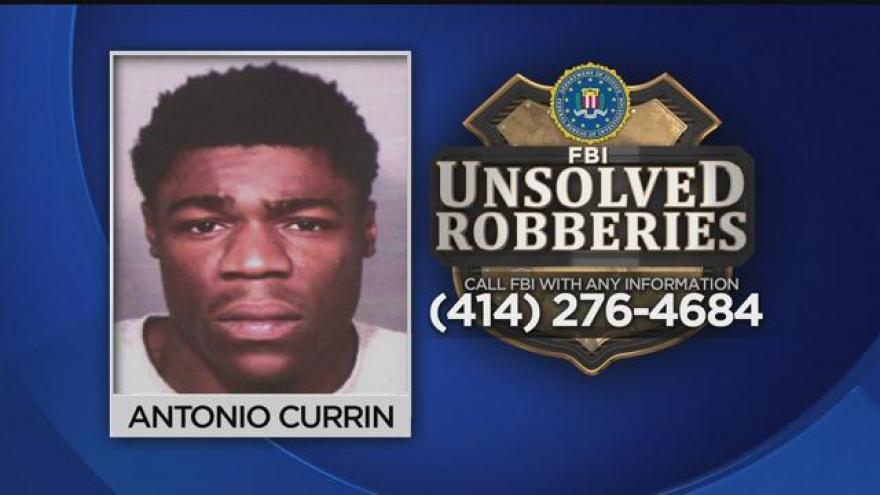 A man wanted by the FBI for a violent string of robberies in Milwaukee is behind bars, thanks to a tip called in by a CBS-58 viewer.

We profiled Antonio Currin on October 17th, as part of our "Milwaukee's Unsolved Robberies" series. The FBI says someone called them with Currin's location after seeing the story. He was arrested Friday morning at a duplex off St. Paul Avenue.

"Upon locating him, he was initially non-compliant," says Assistant Special Agent in Charge Robert Botsch. "He was hiding in a closet in the basement, and did not initially come out."

Botsch says special agents were able to arrest him without incident.

"Without that tip, we may not have had this guy as quickly as we did."

Currin was wanted for his alleged role in a 3-man robbery crew, striking multiple stores in Milwaukee on June 22nd.

According to the FBI, Currin and two other men were armed when they entered a Family Dollar and Walgreens that morning, demanding cash.

Milwaukee Police found the group in a CVS parking lot later that morning, where the other two men were arrested. According to the FBI, Currin was able to escape after wrestling with police, and dropping his handgun.

Authorities have been searching for him ever since.

"These are brazen crimes that are committed, they're very violent," says Botsch. "Quite frankly, a lot of the time these people are familiar with Milwaukee, they're familiar with these neighborhoods, and they feel that they can hide in plain site. In this particular case, that didn't work out real well."

Botsch credits the public for coming forward with information after seeing the story.

"We can use traditional investigative techniques. However, the investigation of the public is paramount in solving a lot of these crimes," says Botsch. "This was a relatively quick capture, from the time that it was profiled, until the time we got the information."

You can catch "Milwaukee's Unsolved Robberies" Monday night's on the 10PM news.