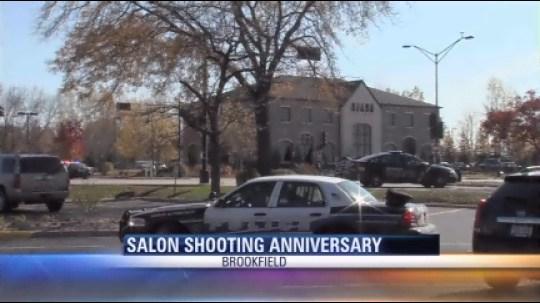 It's been two years since a gunman went on a deadly shooting rampage at the Azana Salon and Spa in Brookfield.

Zina Daniel, Cary Roebuck and Maelyn Lind were killed and four others were wounded when Daniel's estranged husband opened fire.

He killed himself after swat teams arrived.

Family, friends and survivors will mourn the anniversary of the tragic loss together during a candlelight vigil Tuesday night.

It begins at 7 p.m. at the Sheraton Hotel on Moorland Road in Brookfield.

Ongoing support is what experts say will those affected through this traumatic experience.

She said that's why it's important for employers to be proactive instead of re-active about this issue.

Pitre encourages employers to get training, understand the problem and let their employees know there is help.

More workplaces are taking advantage of educational resources, but Pitre said all businesses need to be engaged.

\"I can guarantee you if I want to hurt you, the most predictable place I can find you is at work, which is what happened two years ago when the azana shooting happened,\" she said. \"It's the one place you're vulnerable, so it makes everyone else in the workplace vulnerable.\"