Can Amazon Echo Data be Used as Evidence in Murder Case? 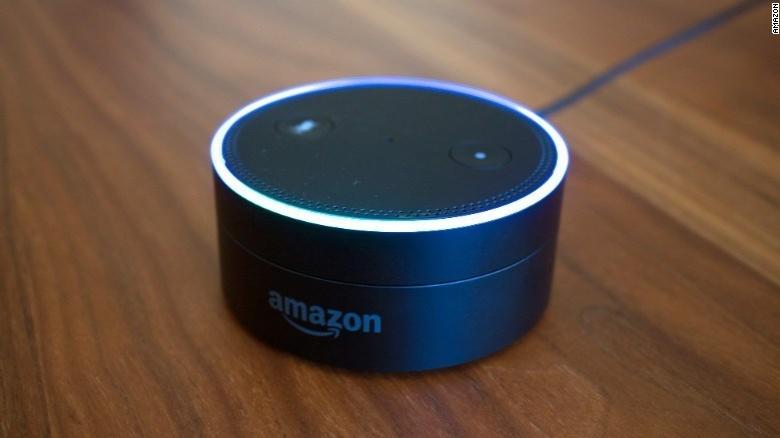 (CBS NEWS) Prosecutors in Arkansas are making what could be the first request of its kind: a search warrant for data from an Amazon Echo, Amazon’s personal assistant device which uses voice recognition technology to answer users’ questions.

The search warrant targets an Amazon Echo owned by James Bates, who is accused of strangling and drowning a man in his home last year. Bates has pleaded not guilty to charges of first-degree murder.

The victim, Victor Collins, was found dead in Bates’ hot tub after a night of drinking. Bates’ attorneys characterize the death as an accident.

Lacking physical evidence, prosectors want to take a closer look at data associated with Bates’ Amazon Echo, which, they say, was in use streaming music the evening before the victim was found dead in Bates’ home.

Amazon Echo does not continuously record audio of its surroundings, but is easily activated by the use of so-called “hot words.” For instance, users can ask,“Alexa, can you check the weather outside?” and the device will jump into action at the word “Alexa.”

Investigators are asking Amazon to hand over “audio recordings, transcribed records, or other text records related to communications between (Bates’) Amazon device... and Amazon.com’s servers.” They argue that data from the device, including time stamps and audio files, could be relevant to their investigation.

The case raises complex ethical questions at a time when the market for connected home devices is booming, and privacy advocates are raising concerns are how much control consumers actually have over the “smart” products in their homes and the data amassed by those devices. Amazon Echo and Google Home lead the new wave of smart home devices.

To date, Amazon has not complied with the request. In a statement, the company objected to the broad nature of the search warrant.

“Amazon will not release customer information without a valid and binding legal demand properly served on us. Amazon objects to overbroad or otherwise inappropriate demands as a matter of course,” the company said.

“It appears that prosecutors are kind of on a fishing expedition,” “48 Hours” correspondent Erin Moriarty reported on “CBS This Morning” Wednesday. She said the prosectors are looking “for anything — real physical evidence that they can show as some kind of intent.”

Amazon Echo processes audio, converts that audio to text and then uses it to search for answers to users’ questions or respond to their requests. The device’s listening capabilities are imperfect, and it sometimes misinterprets language in its environment.

The Amazon Echo was not the only internet-connected device in the suspect’s home. Bates also owned a smart water thermometer that, prosectors say, shows evidence of a spike in water use on the same morning the victim’s body was found — suggesting that he was cleaning up physical evidence from the murder, they argue.

The defense has countered that the time stamp on the thermometer was incorrect, and that the spike in water use actually came from Bates filling up his hot tub 12 hours earlier, his attorneys say.