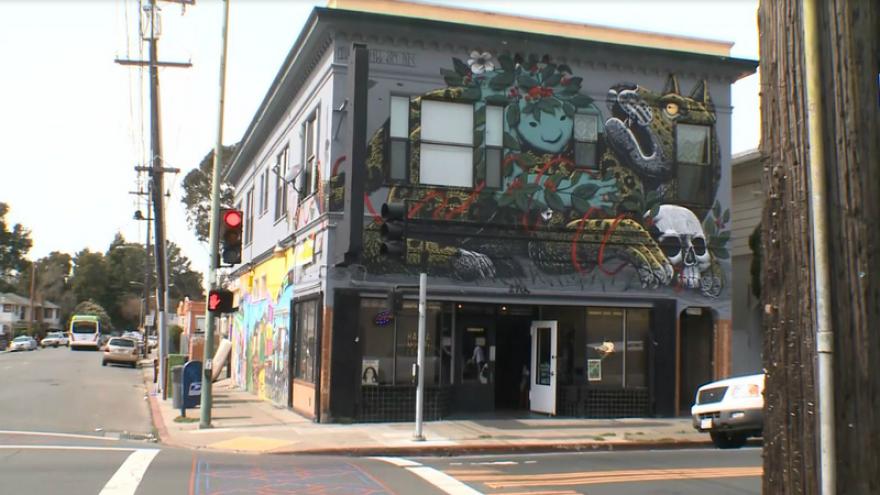 OAKLAND (KPIX 5) — A café in the East Bay is getting a lot of attention over recent news coverage of its policy of refusing to serve police officers.

The political slant of the business is what led to the policy that has stirred some controversy.

Back on February 22, Hasta Muerte Coffee posted an image of a graphic that read “Habla Con Tus Vecinxs No Con La Policia” on their Instagram page. That translates as “Talk With Your Neighbors, Not The Police.”

The post included text that said on February 16th, an Oakland police officer entered the shop and was told “we have a policy of asking the police to leave for the physical and emotional safety of our customers and ourselves.”

The café’s position with police officers has led to some criticism, but also an outpouring of support.

“I’m part white Native American and black. Any white person that has a problem with these people being here can go back to Europe,” said Vincent Gordon, who works in Oakland.

Gordon made a special trip to Hasta Muerte to buy a cup of coffee and a t-shirt that bore the message “Deportan A La Migra” that had an illustration of ICE vans driving off of the Golden Gate Bridge.

He said he fully backs the café and its stance to refuse service to police officers.

“I think it’s good to have a safe zone for people of color,” explained Gordon. “I don’t personally feel safe around police officers. Sometimes I got into other coffee shops where there’s a bunch of them there with their big guns, you know, showing out. I don’t want to sit and drink coffee next to somebody with a big old gun on them.”

Jose Ortiz, who owns Puerto Rican restaurant La Perla on Oakland’s MacArthur Boulevard, said he believes owners should not use their businesses to promote their platforms.

“That officer, I know him. He’s a good friend of mine,” said Ortiz. “That is a slap in the face. Because at one point they’re going to need a police officer. Because when somebody puts a gun to their head and robs them, they’re gonna have to call 911.”

Outside the café is a mural that depicts a number of Bay Area residents who have died in officer-involved shootings including Oscar Grant and Alex Nieto.

The mural also has an inscription that reads, “We dedicate this mural to all the black and brown, men and women who have left us due to police violence, racism and gentrification.”

People who work at the café declined to talk on camera, saying it has been a stressful time. The Oakland Police Department and police union didn’t want to weigh in on the story either.