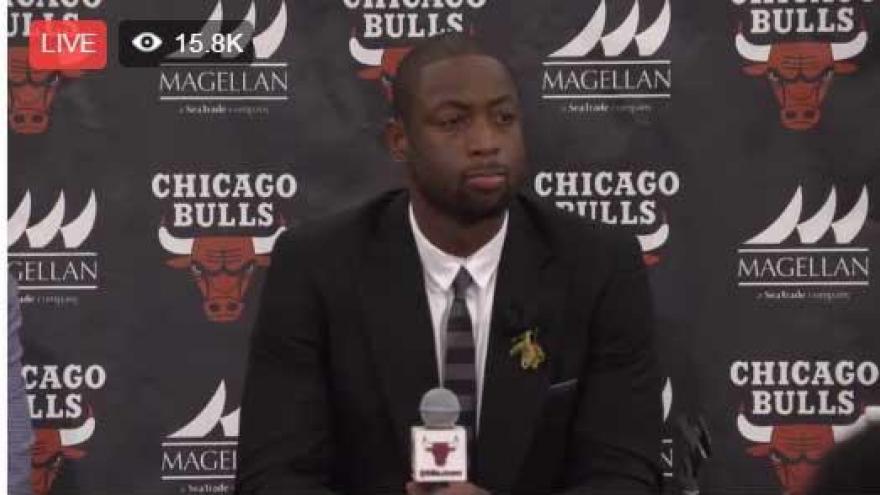 (CBS CHICAGO) Bulls guard Dwyane Wade will miss the rest of the regular season after suffering what the team called a “small fracture” and sprain in his right elbow.

The determination was made after Wade had an MRI on Thursday morning. Wade suffered the injury in Wednesday’s loss to the Grizzlies, leaving with 8:35 left in the fourth quarter. Wade acknowledged he heard a “pop” in his elbow after getting tangled up with Zach Randolph battling for a rebound.

Wade won’t need surgery on it, he told reporters Thursday, and he will return for the playoffs if he’s medically cleared and the Bulls make it.

The 35-year-old Wade is Chicago’s second-leading scorer, averaging 18.6 points on a career-low 43.4 percent shooting. He’s played in 57 games and — save for resting a few games and suffering from an illness — had been having a healthy season.

It’s possible Wade has played his last game as a Bull. Chicago (32-36) is currently 10th in the East, one game out of the final playoff spot. Wade holds a $23.8-million player option for the 2017-’18 season and is undecided on whether he’ll exercise it.