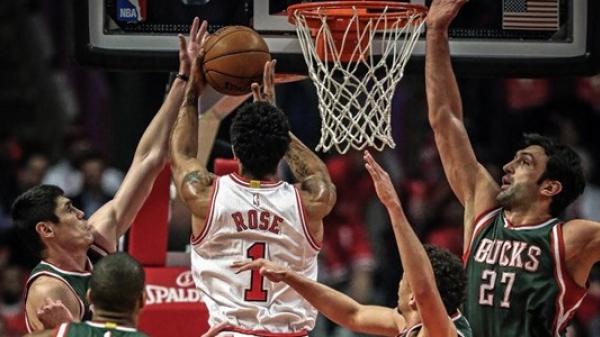 The Milwaukee Bucks host the Chicago Bulls for game six of the NBA's Eastern Conference First round Thursday night.  The Bucks won game four and five to get to this point.  Forward Jared Dudley says the team is loose and ready to play. He says the city is buzzing and hopes Bucks fans fill the BMO Harris Bradley Center.

\"The city has been buzzing,\" Dudley said. \"I think, to be honest with you, for the most part people thought the series was done. Once you got that road win, there's now a belief that there's a possibility.\"

Dudley says the team will play hard and hope they can push the series to game seven.

Tip-off is 6:00 central time. The Bucks have a pep rally scheduled for 3:00 pm outside the BMO Harris Bradley Center on the east plaza.