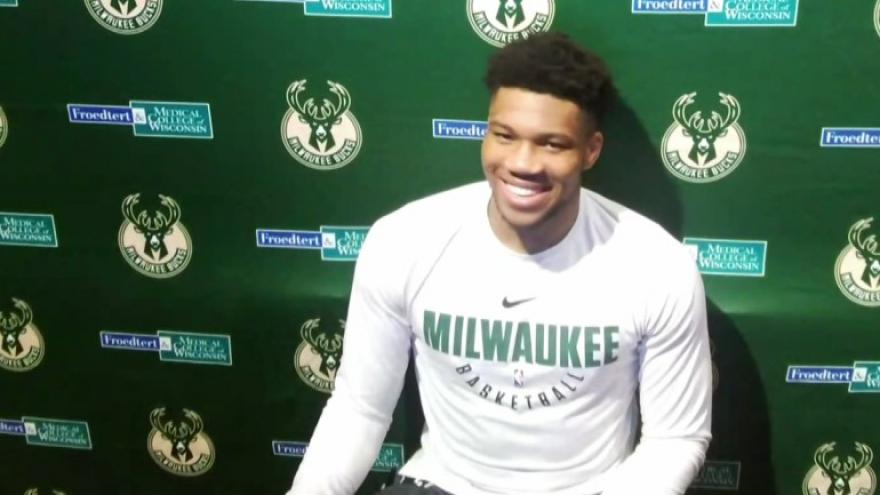 MILWAUKEE (CBS 58) --Across the country, all eyes will be on the NBA when it restarts in a little more than two weeks. The league is letting players wear jerseys with social justice messages instead of last names on their backs. One of the most recognizable names in the country will do just that.

“What I’m going to wear on the back of my jersey is going to be ‘equality'," Giannis Antetokounmpo said.

The reigning MVP and his brother Thanasis will wear equality. All-Star Khris Middleton and Kyle Korver’s jersey’s will say Black Lives Matter, while the rest of the players have not announced their decisions.

“I went with ‘Black Lives Matter.’ I think during these times I think that’s just the most powerful thing," Middleton said. "I hate to say most powerful, but I think it’s the most important thing to get people to realize that lives do matter, that’s why I went with it.”

Most of the team is already in the NBA’s Orlando bubble, the Bucks held their first 5-on-5 practice in months Monday morning, July 13.

“I think overall it’s a real positive," Budenholzer said. "To say they’re ready to go play a 48 minute game is probably a stretch, but it’s a good start.”