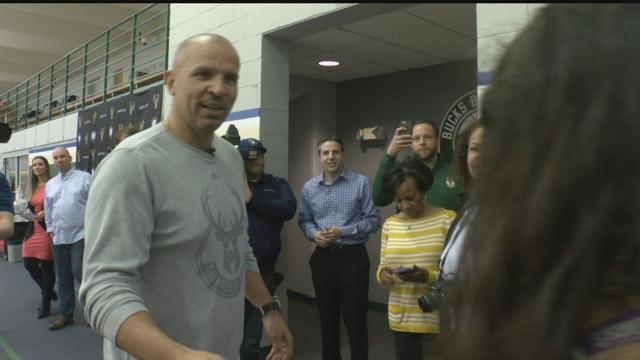 The Milwaukee Bucks have extended the contract of Head Coach Jason Kidd, the team announced today.

The agreement will keep Kidd in his position with the Bucks organization through the 2019-20 season.

“Our goal remains to be a consistent contender for NBA Championships and we believe that Jason Kidd is the right man for the job,” said Bucks co-owner Wes Edens. “In terms of preparing, developing and relating to today’s players, we think there is no better fit to lead our young and talented roster. We are excited that Jason will continue to call Milwaukee his home.”

“I truly believe that continuity is extremely important in our business, so I’m very happy for Jason and the Bucks organization to continue the partnership we have,” said General Manager John Hammond. “Jason and his staff work tirelessly to help our players grow and develop and I look forward to working with them to build our roster into a consistent contender.”