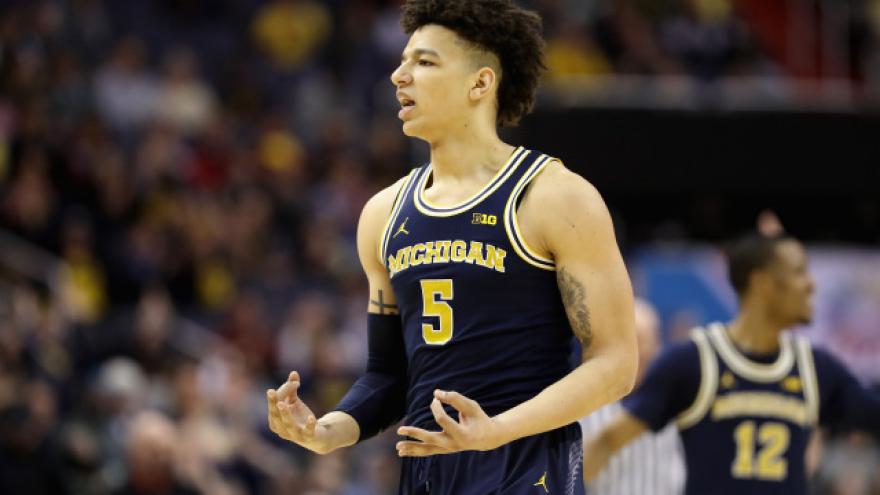 (AP) — The Milwaukee Bucks have added another young, tall player to their frontcourt after drafting Michigan's D.J. Wilson with the 17th overall pick in the NBA draft on Thursday night.

The 6-foot-10 Wilson, who had two years of college eligibility left, averaged 11 points in 2016-17. He helped fuel the Wolverines' run to the Big Ten Tournament championship and the NCAA Tournament's Sweet 16.

Wilson joins an already lengthy Bucks frontcourt led by 6-foot-11 Giannis Antetokounmpo, who turned into an All-Star in his fourth year in the league.

Jon Horst made his first pick as Bucks general manager just a week after being promoted from director of basketball operations, replacing longtime GM John Hammond.