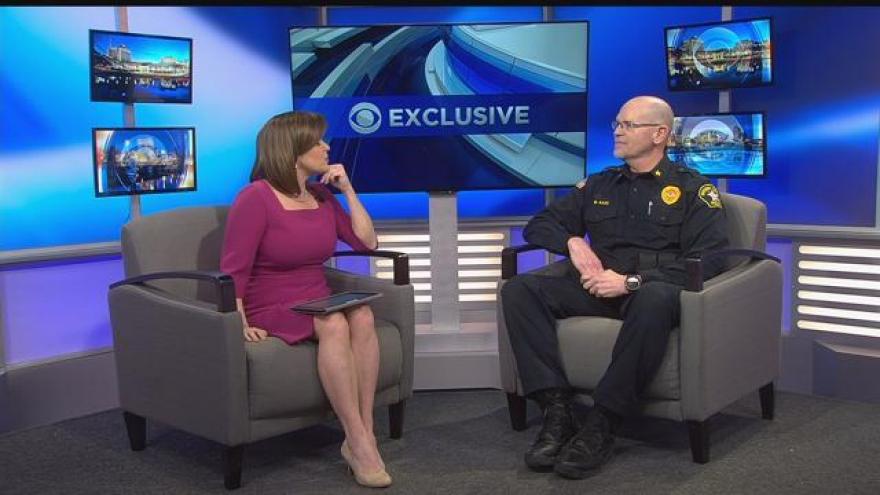 "Brown Deer is relatively safe. But, just like other communities surrounding the Milwaukee area, we're seeing a big increase in auto thefts and carjackings."

That's the take of Brown Deer Police Chief Michael Kass who was a special live guest on the CBS 58 News at 4.

He says the overwhelming number of arrests for such crimes, involve suspects who are under 18 years old.

Another trend that will challenge the 31 officer department in the future involves the use of heroin.

The Chief says within the last month, his officers have been involved in two life saving measures.

"Things we didn't see just two or three years ago."

The Chief believes he's utilizing the resources to the best of the village's ability. But in the near future they will have take another look.

"I think we're coming to one of those critical times. Do we need additional officers?"

Chief Kass says his department has a fantastic working relationship with Milwaukee PD and all these other law enforcement agencies in Milwaukee County.

"We meet monthly, try to address the problems collectively."

He also touts the renewed efforts of the department to communicate clearly and frequently with the community.

At a time when police, community relations are strained and high profile cases of officers being prosecuted for their use of force, including one officer in his department whose case is still pending.

"Our officers are very proactive and understand what this job entails." The Chief says the department has a lot of information available and does frequent internal training on dealing with the stresses of the job.

"We're trying to get a positive message out in the community. We use twitter a lot to explain to the community what we have going on. They (officers) want to make the community better."