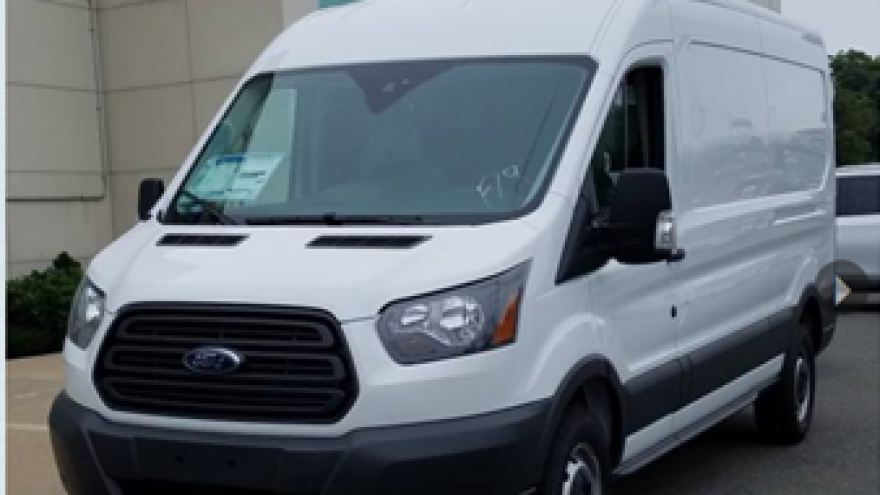 According to police, a total of 10 vehicles were put up on blocks and all the tires/rims were stolen.

This happened sometime between midnight and 3:30 a.m. on October 16 at Dorsch Ford, located on Eaton Road.

It appears that tires/rims that were 20” and 22” were targeted for theft with vehicles bearing tires/rims with 18” being passed over. A number of the vehicles (but not all) had the lockbox forcibly removed from the vehicle by smashing out the window that they were affixed to. The lock boxes were subsequently forcibly opened accessing the keys to the vehicle.

Additionally, there was a 2017 Ford R2CB Transit 250 MR van, white in color and valued at approximately $34,000.00 that was stolen from the dealership lot.

Based on the evidence at the scene it is believed that one of the windows (possibly a driver’s side window) was broken, accessing the lockbox and subsequently the keys to the van.

It is also believed that a dealership license plate of “25” was taken off of a different vehicle on the lot and may have been placed on the van.

The Vehicle Identification Number (VIN) for the stolen van is identified as 1FTYR2CM2HKA59666.

The van has been entered in as stolen in NCIC.

It is believed that the stolen van may have been used to transport the stolen tires and rims from the crime scene.

There is a $2,500 reward for any information leading to the arrest and conviction of the individual.

They could be traveling statewide.

If anyone has any information concerning this case please call the Brown County Sheriff’s Office at (920) 448-4230. Callers can remain anonymous and may be eligible for a reward by calling Crime Stoppers at (920)432-7867 or text GBTIP and your tip to 274637 (crimes).