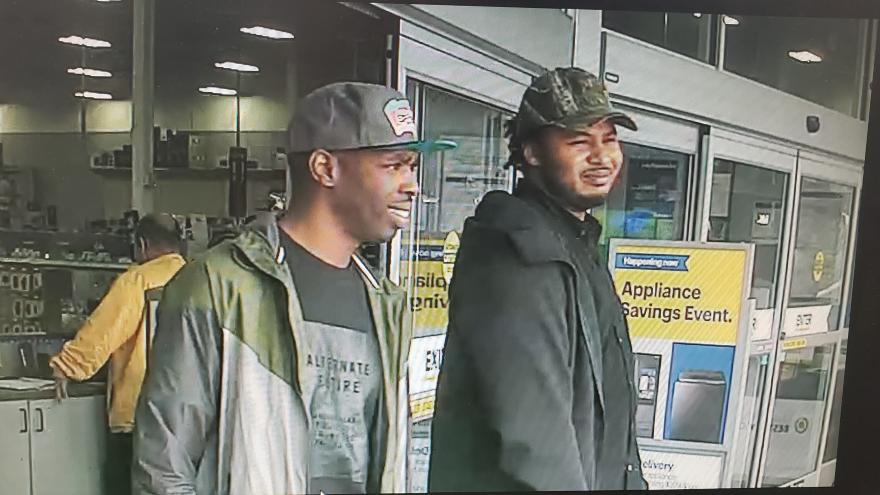 BROOKFIELD, Wis. (CBS 58) -- Brookfield Police are searching for two men who they say took a laptop without paying for it.

The men allegedly took a Lenovo Yoga laptop computer, took off the security device, and left without paying for it.

The two suspects fled the scene in a newer model grey Honda Accord, police say.

Suspect #1 is described as a male, black, mid-twenties, medium build, 6’3”, 240lbs, with black dreads, wearing a dark color jacket, dark shirt with red lettering on the left side, and what looks like a camo hat.

Suspect #2 is described as a male, black, mid-twenties, skinny build, 5’11”, 150lbs, wearing a two tone green/olive color NIKE jacket with emblem on the left side, baseball hat with red or orange on the front of dark hat.

These suspects are believed to be responsible for similar thefts at other Best Buy locations in Wisconsin on the same date.