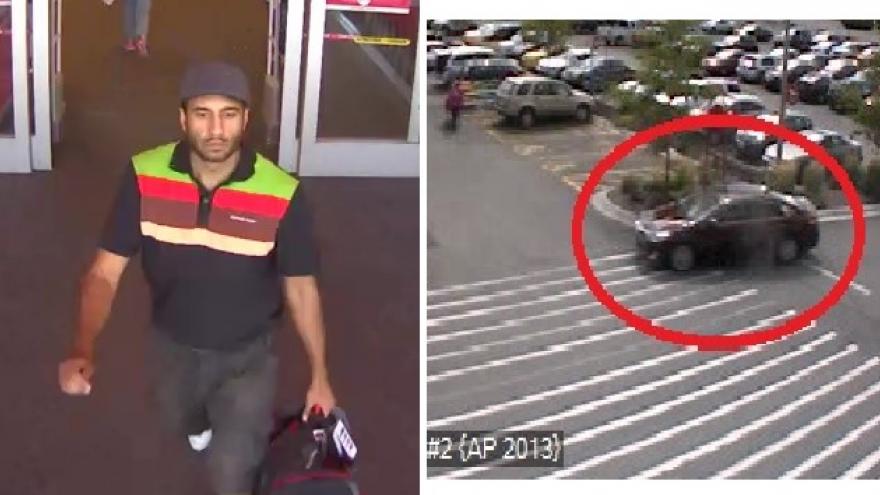 BROOKFIELD (CBS 58) -- Brookfield Police are looking for the suspect who stole luggage and baby monitors from several Target locations in the area.

On Friday, the man stole from the Target store on 127th and Bluemound. He's described as being about 25-30 years of age, 6'3" and 180 pounds. He has light facial hair and appeared to be wearing a Burger King employee shirt.

In a separate incident, a newer model maroon Toyota Camry was seen on surveillance footage. This suspect is believed to be responsible for multiple thefts.

Anyone with information on who this suspect is, or the vehicle involved, is asked to contact Officer King at the City of Brookfield Police Department, 262-787-3702.