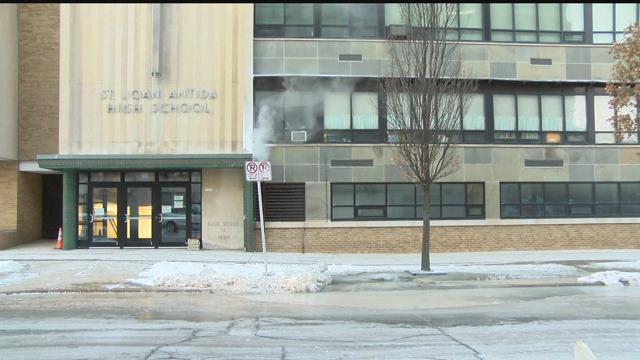 Classes at St. Joan Antida were canceled Wednesday due to a broken pipe outside the school.

The school's facility manager told CBS58, water was shooting at least 10 feet into the air.

They were able to contain the water so the rest of the building pipes wouldn’t freeze over.

The water is also used to help the boiler system that heats the school.

Fortunately, the water drained straight into a nearby storm drain, so there was very little flooding on the street.

Also good news: none of the water actually leaked into the school building.

have to pay for the repairs out of their own pocket.

If all goes according to plan, the repairs should be done late Wednesday with class resuming on Thursday.