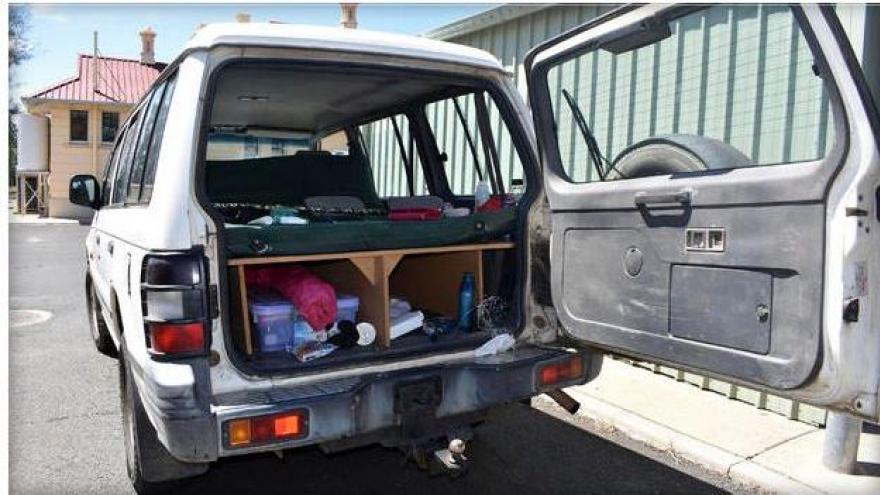 SYDNEY -- A British backpacker in the Australian Outback was sexually assaulted and held captive for weeks before being rescued by police who pulled over the car she was driving, officials said Tuesday.

Queensland state police officers noticed the 22-year-old woman had facial injuries and appeared distressed when they stopped the four-wheel drive vehicle along a highway in the rural town of Mitchell on Sunday. The officers then searched the vehicle and found a 22-year-old man hiding in a storage alcove in the back, police said.

Police stopped the car because they had received a report of a driver leaving a service station without paying for gas, Detective Inspector Paul Hart said.

“What she’s experienced is no doubt horrific and terrifying and we commend her for taking the opportunity to speak to our police,” Hart said.

Police say the two had met three months earlier in the northeast city of Cairns, where the man lived, and started a relationship. But in January, police say, the man began subjecting the woman to a series of violent assaults.

The attacks occurred at various locations as the pair traveled the nearly 870 miles between Cairns and the Outback town of Roma, police spokesman CJ Roberts said.

The woman had very little opportunity to escape throughout her ordeal, Hart said. Even if she had, she would have found herself in an unfamiliar area where she would not have known anyone who could have helped her, he said.

The man, whose name was not released, was charged with four counts of rape, eight counts of assault, four counts of strangulation, two counts of deprivation of liberty and various drug offenses.

The woman was treated for facial fractures, bruising and cuts to her body. Roberts said police did not know how long she had been in Australia, and could not release any additional details on her background.

There have been a string of high-profile attacks on foreign tourists in Australia in recent years, including the sexual assault of two backpackers on a remote beach in South Australia last year. A 60-year-old man who was charged with attempted murder, assault and kidnapping in that case goes on trial this week.