Brian Williams stepping aside for 'next several days' 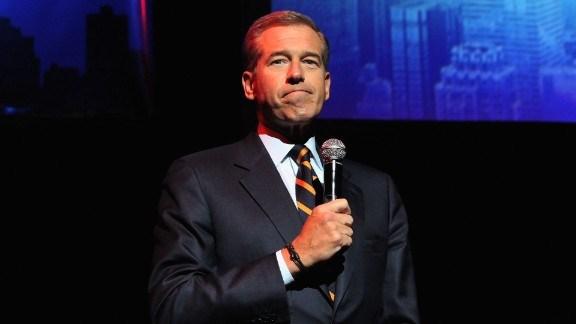 NEW YORK (CNNMoney) -- Brian Williams is stepping aside from his \"NBC Nightly News\" amid mounting questions about the accuracy of a story he told about an Iraq War mission in 2003.

\"I have decided to take myself off of my daily broadcast for the next several days,\" he said in a memo to colleagues.

Williams, the subject of an internal investigation by NBC, said \"it has become painfully apparent to me that I am presently too much a part of the news, due to my actions.\"

Lester Holt, anchor of NBC's \"Dateline,\" will fill in for Williams.

\"Upon my return, I will continue my career-long effort to be worthy of the trust of those who place their trust in us,\" Williams added.

NBC has struggled to respond to a scandal that broke wide open on Wednesday when Williams apologized for claiming he was aboard a helicopter in 2003 that was struck by a rocket-propelled grenade. He was actually aboard a different helicopter. (Here's how his story changed over time.)

In the wake of the embarrassing revelations, journalists have started to raise questions about Williams' reporting about Hurricane Katrina as well.