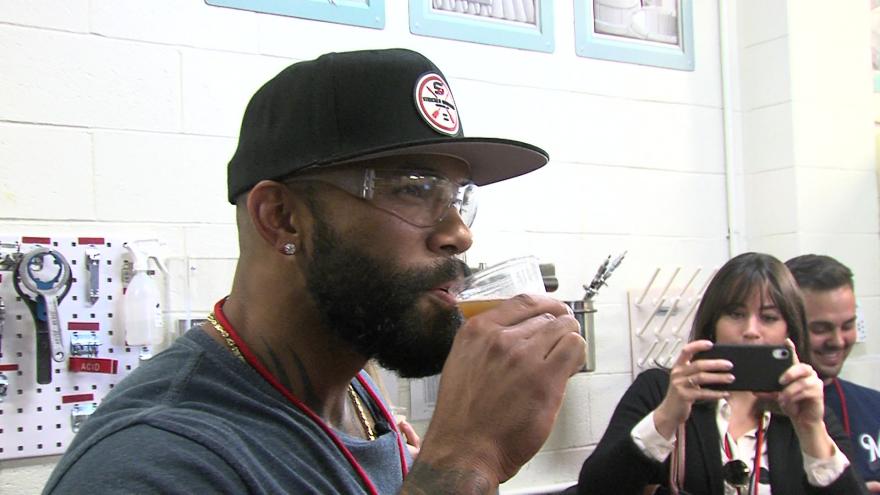 MILWAUKEE (CBS 58) -- Some of the Milwaukee Brewers are becoming genuine Milwaukee brewers.

It's a friendly competition to create a limited-edition beer that will be sold one night at Miller Park this summer. This year, Brewers players Eric Thames and Ben Gamel are concocting a brew to compete against broadcasters Bill Schroeder and Craig Coshun.

Thames was a little reluctant to talk about exactly what kind of beer he and Gamel will create.

"I will say it will be a delicious beer. It will pack a punch. And the fans will love it," Thames said.

"We're gonna do a kind of crisp, light Mexican lager and go a completely different direction because I feel like last year, our beers were too similar and because of that we got railroaded and lost by one vote," Schroeder said.

Fans will vote on the rival beers when they are served during a Brewers-Redd game on July 22.