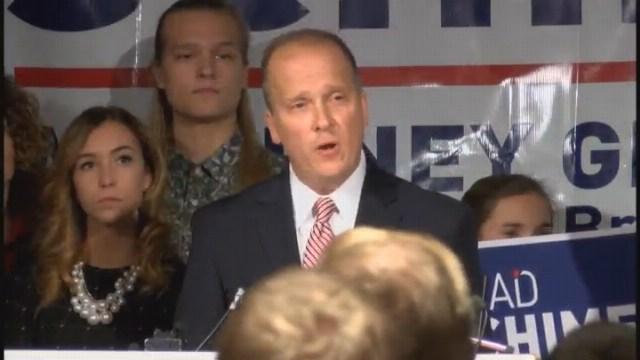 When the polls closed, Brad Schimel started playing bass guitar with his band \"4 on the floor.\"  He told supporters that \"whatever happens... let's have fun tonight.\" Schimel didn't get through much of his band's song set though, as voting returns went his way early.

As Susan Happ addressed supporters, she described her campaign as an amazing experience. She thanked her friends, family, but also expressed her disappointment in the outcome. \"I know you're disappointed tonight, I am too,\" said Happ, to supporters, \"but I do not regret for a minute-- that we made the effort & fought the good fight.\"

At the podium, speaking to supporters after Happ conceded, Schimel said his first job as the new AG is to tackle the state's drug problem. \"I'm putting the drug dealers on notice, you are now public enemy number one with the Wisconsin Department of Justice.\"