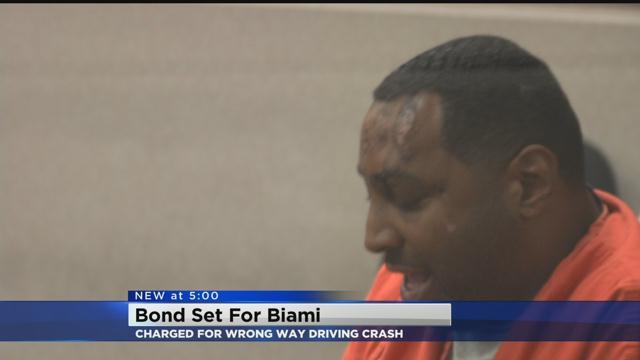 The man charged with a wrong way crash on I-43 made his first court appearance on Friday.

A mother and daughter are seriously injured.  The father says the girl cannot move below her neck.

DOT captured several near misses right before the head on crash in the Marquette Interchange.

As Evan Kruegel first reported last night, Biami told responding officers that night that he figured he might spend a couple years behind bars.

With the long list of charges it could be for the rest of his life if convicted on all counts.