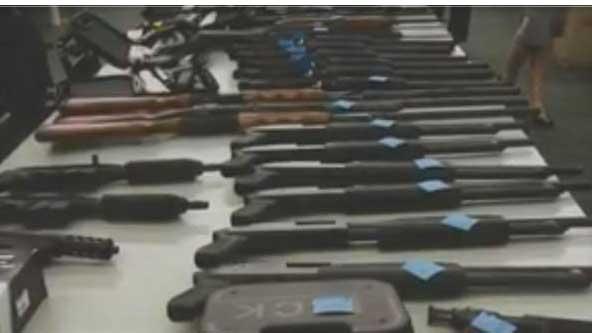 “Enough, what I would consider, to start a small war,” Diaz said during a Friday press conference. “This is one of largest seizures of guns I’ve seen in one particular spot.”

Investigators found the stash of cash, guns, ammunition and body armor hidden in an underground bunker below the Paradise Day & Night Bingo Hall.

Owners Robert Jones and Fred Kennedy, along with 10 others, were arrested after a year-long undercover operation.

Prosecutors also claim the owners were using family-owned ATMs to launder some of the $15 million in illegal earnings over the last four years.

But the suspects’ attorney denies those claims.

Jones and Kennedy are charged with engaging in organized criminal activity.