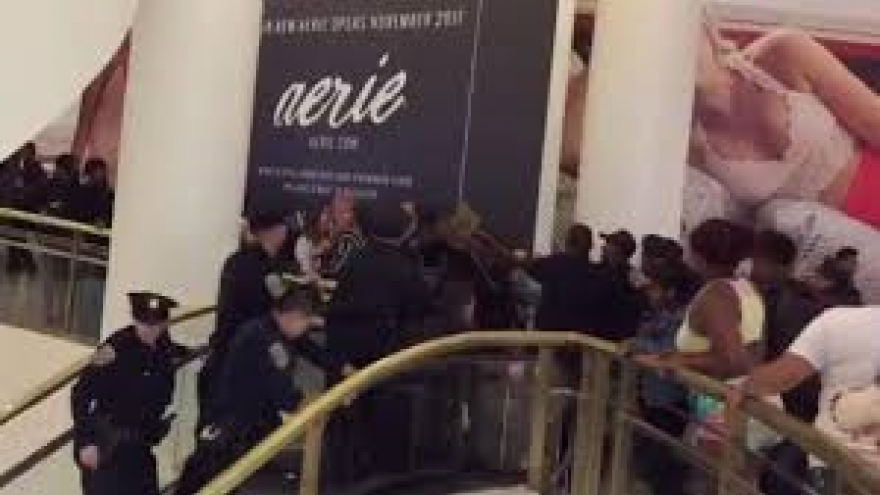 A San Francisco police spokesperson said calls came in around 6:43 p.m. reporting a large fight at the mall.

Police said some in the mall resisted or fled while officers were detaining people.

The mall was locked down for a short time as a precaution, then closed for the night early while police tried to control the violence.

Police said they don't think a hate crime was involved and they didn't see any links to Sunday's gay pride events.