Beer on tap at the grocery store? 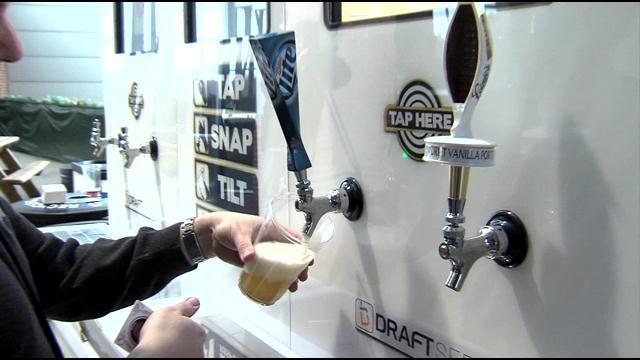 A group is hoping to bring the tap to your local grocery store.

The Wisconsin Grocers Association wants to amend state license requirement that would allow customers to fill up their growlers, a 64-ounce glass bottle usually bought at breweries, with fresh craft beer from the tap at the store.

Right now, most grocery stores have a class-A liquor license that only allows them to see prepackaged beer and liquor.

"It doesn't mean we can have a bar in the store where people could consume on the premise," explained Marlin Greenfield of Festival Foods. "All it would mean is they could bring in or buy an empty jug from us and we would fill that jug with their favorite tap flavor."

There is no current legislation for the growlers.

The La Crosse Tavern League among the first to go public with its concerns.

“The last venue we really do have is tap beer so we would like to keep that in house,” said Mike Brown, president of La Crosse Tavern League. "We are losing enough market shares every year so we are just trying to protect the little bit we do have left."

But the Grocer Association is asking people to voice their opinion on their website.

We have a link in the newslinks  section of this website.