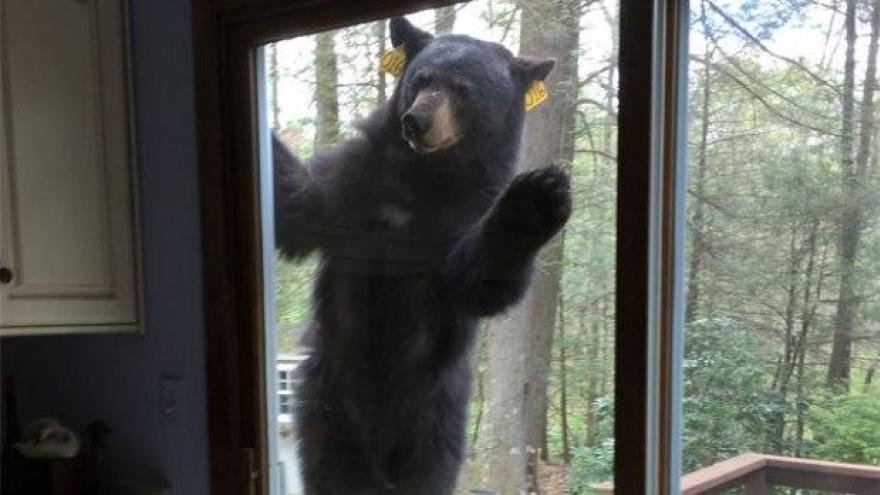 AVON, Conn. (CBSNewYork) — A glass door was all that stood between a Connecticut woman and a hungry bear over the weekend.

The bear showed up on the back deck of a home on Stagecoach Road in Avon and started slamming on the glass door after it was apparently attracted by the smell of a batch of brownies the woman had just baked.

The bear was photographed standing up on the deck’s railing, with its paws up against the kitchen’s sliding glass door.

The woman called a neighbor who called 911.

“Though it looks cute on the railing, this bear was angry about not being able to get at the food,” neighbor Bob Belfiore said.

At one point, the bear managed to get the screen door open, but couldn’t open the glass door, CBS-affiliate WFSB reported.

The bear was persistent, trying two other doors to get into the house.

It was gone before police arrived.

The bear did have ear tags, indicating the animal has been part of research by environmental officials.