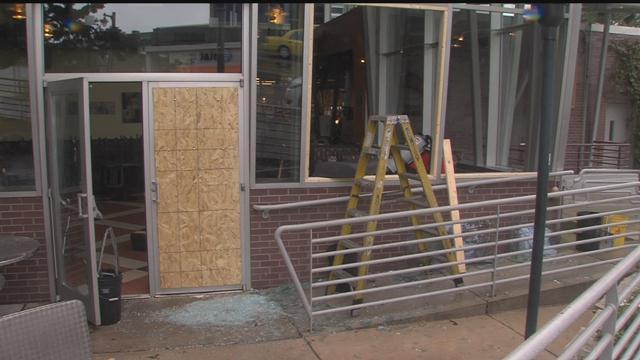 Milwaukee Police found a man with stolen merchandise inside Beans and Barley around 5:50 AM.

According to police, officers were called to 1901 E. North Avenue around 5:50 AM on Wednesday for a report of a burglary.

"As far as I know the person who did it someone we've had problems with over the last twenty years shoplifting here. So if it is that person he took it to a whole new level, he smashed our dining room windows and the glass doors to get in,” said an owner of Beans and Barley.

Upon their arrival, officers noticed that two glass windows and a glass door were shattered.

The officers entered the building and found a 57-year-old Milwaukee man with stolen merchandise.

The man was taken into custody and MPD will present this case to the Milwaukee County District Attorney’s Office in the coming days.

The man is known to steal body care products from the store, lotion in particular.

The restaurant opened a few hours late while police investigated.  Charges are expected in the next few days.