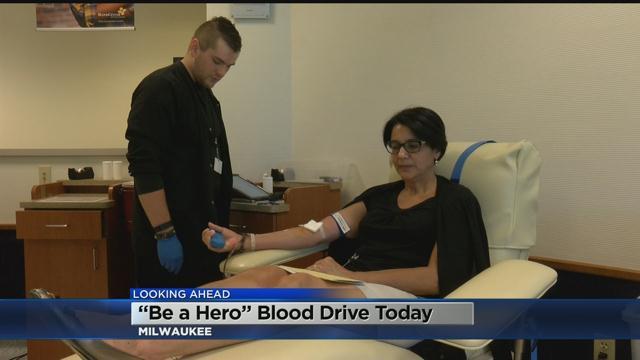 The Milwaukee Police and Fire departments teamed up with the Blood Center of Wisconsin again Friday for a blood drive.

Officials say there's often a drop in blood donations during the summer, but this time of year is critical for donations.

The blood drive was held from 10 to 3:00 PM at the city of Milwaukee Fire and Police Academy Gym on Teutonia Avenue.

Donors received a snack and free ticket to the upcoming Wisconsin State Fair.

Todd Coleman of the  Blood Center of Wisconsin says this began as just an agreement between first responders, a battle of the badges between Fire and Police.

Today was different in that the community was invited to join in.

There certainly was a feeling of fun with plenty of people laughing and talking as they waited their turn to roll up their sleeves.