Light snow is exiting the area here at mid evening with a few areas of light snow lingering along and south of I-94 and along the lake. 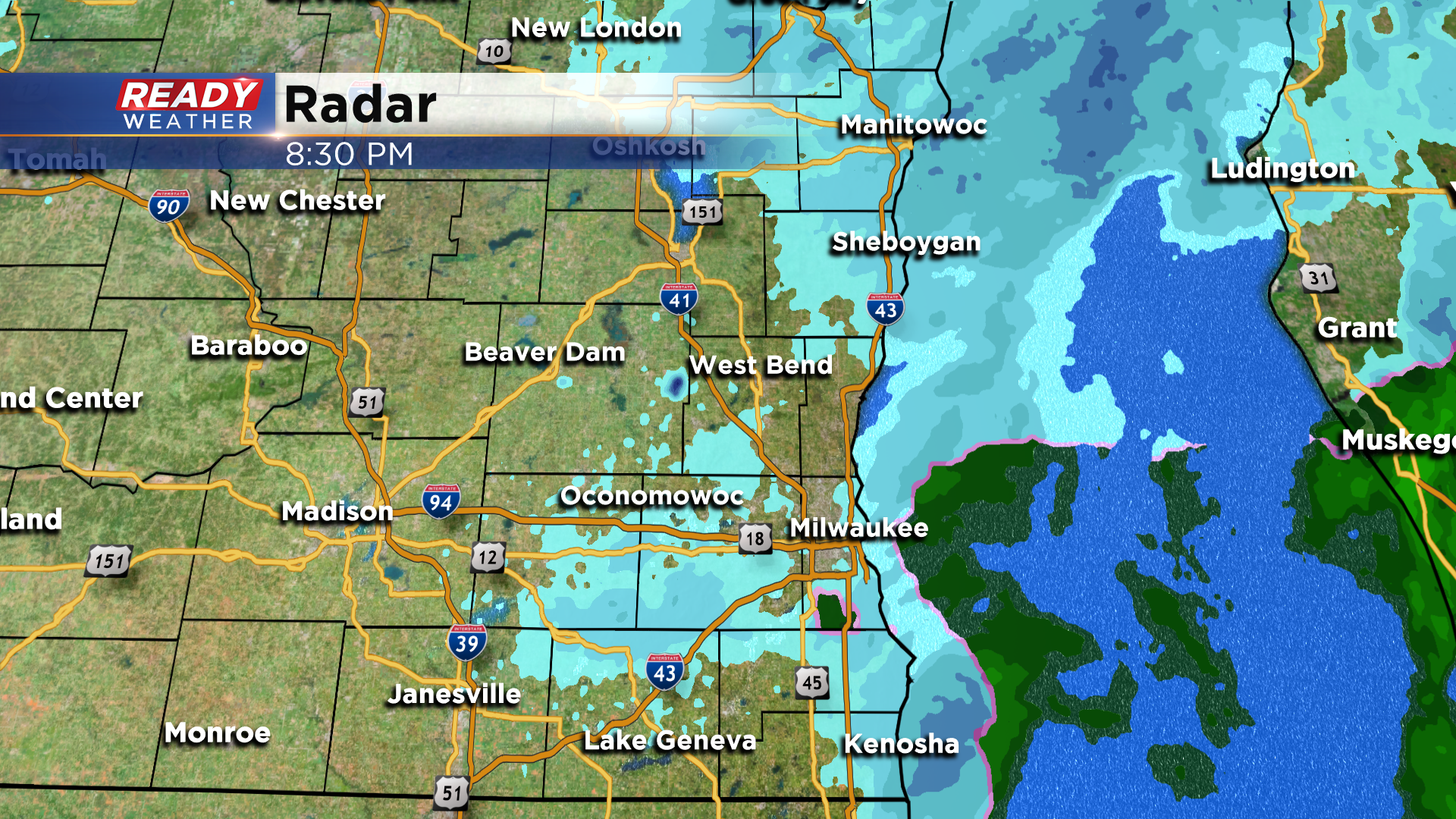 With temperatures in the mid 30s, roads are just wet in downtown Milwaukee and near the lake, but roads become slippery and snow covered once you move a few miles inland. 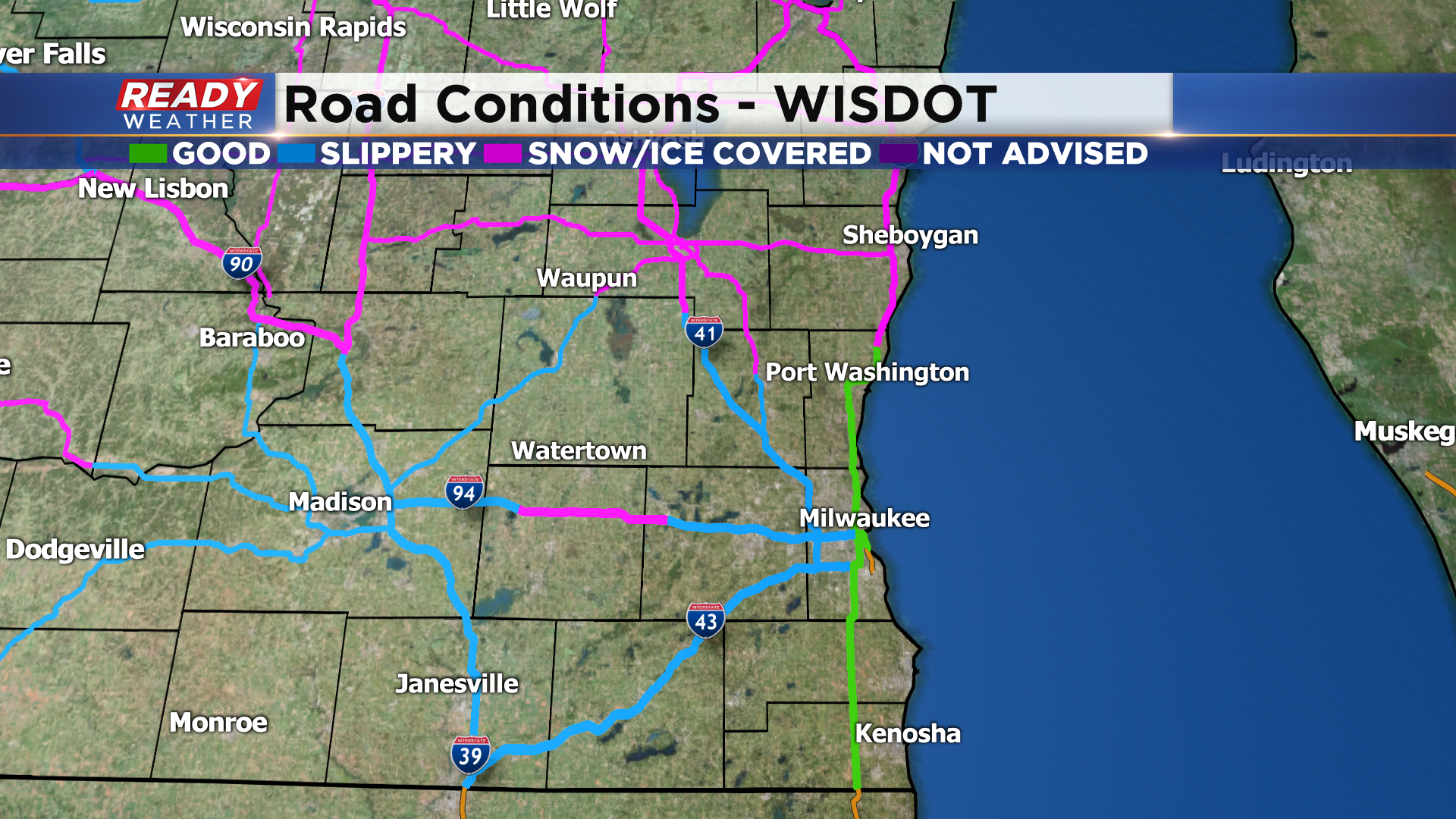 A few lingering flurries will wrap around through the area tonight but will not cause any additional accumulation.

The leading edge of the snow moving through southeast Wisconsin is a bit on the moderate side, but snow is much lighter and it starting to fall apart a bit once you head back to south central Wisconsin. 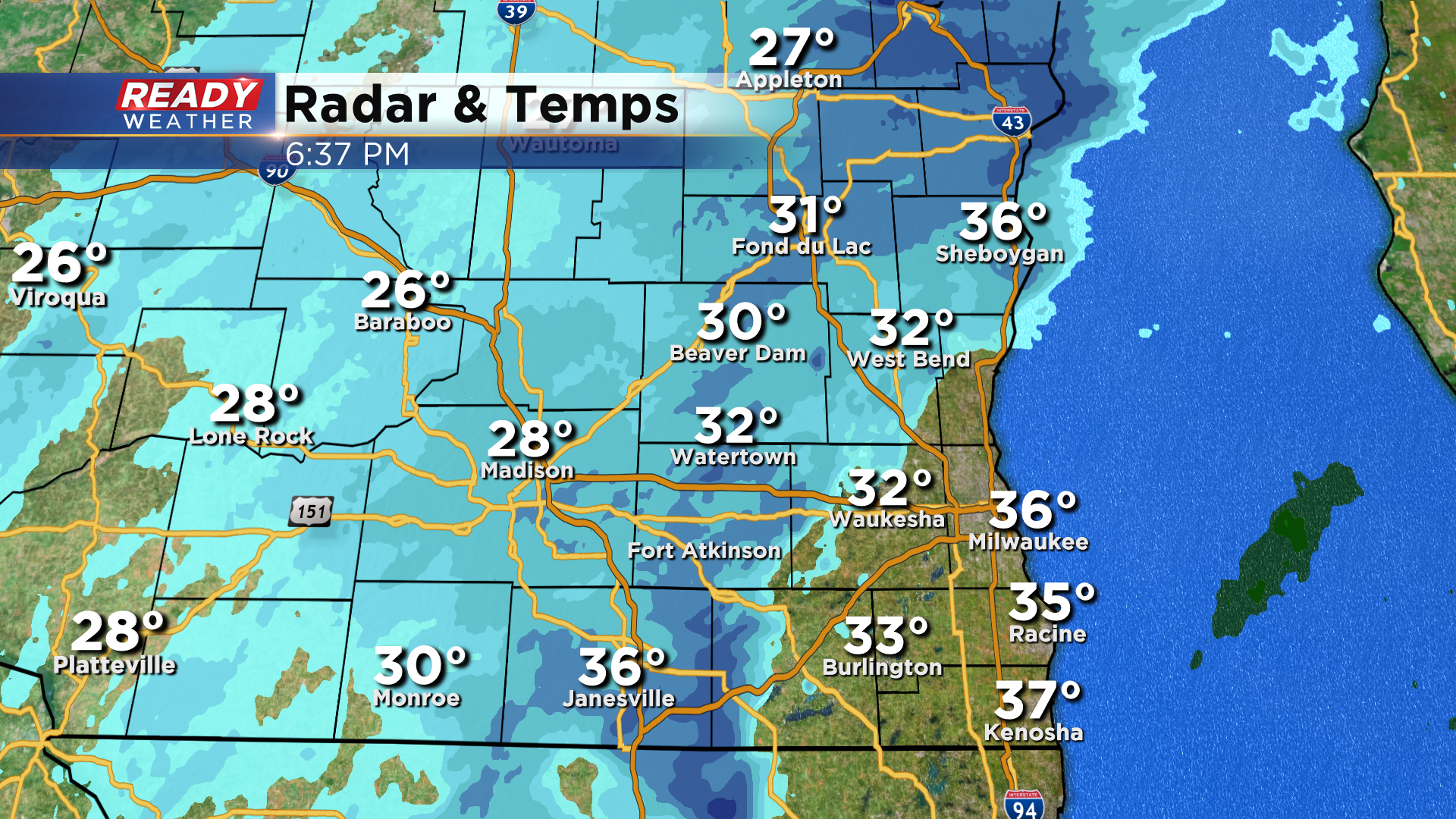 The most moderate snow band is reducing visibilities to under a mile at times, and has creating snow covered roads across Fond du Lac and Sheboygan counties. 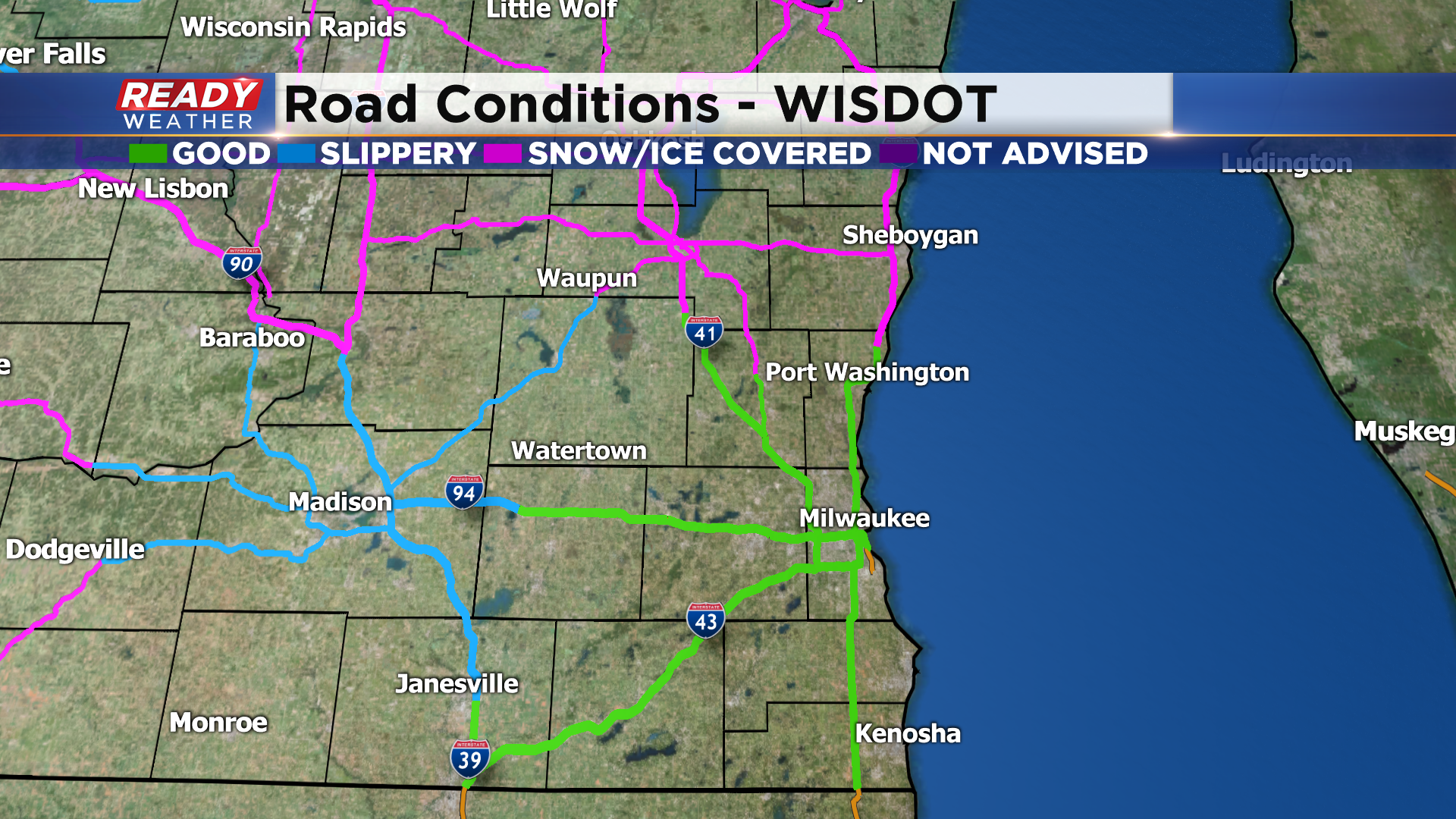 Snow is still on track to exit the area around 10 pm. Once the snow moves out, winds will turn breezy and gust between 20-25 mph throughout the night. 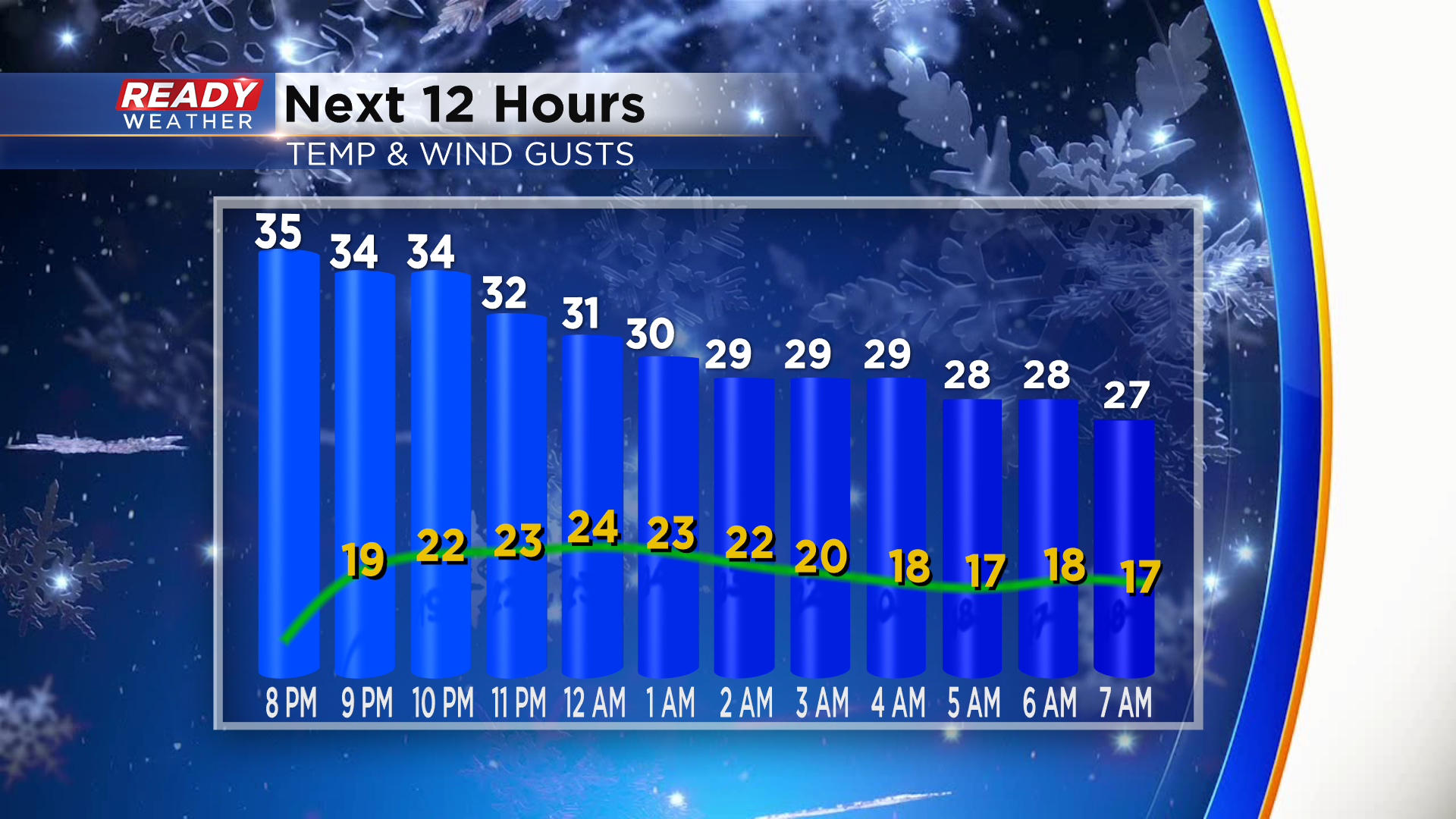 The forecast remains on track late this afternoon with snow beginning to pivot into our western counties. 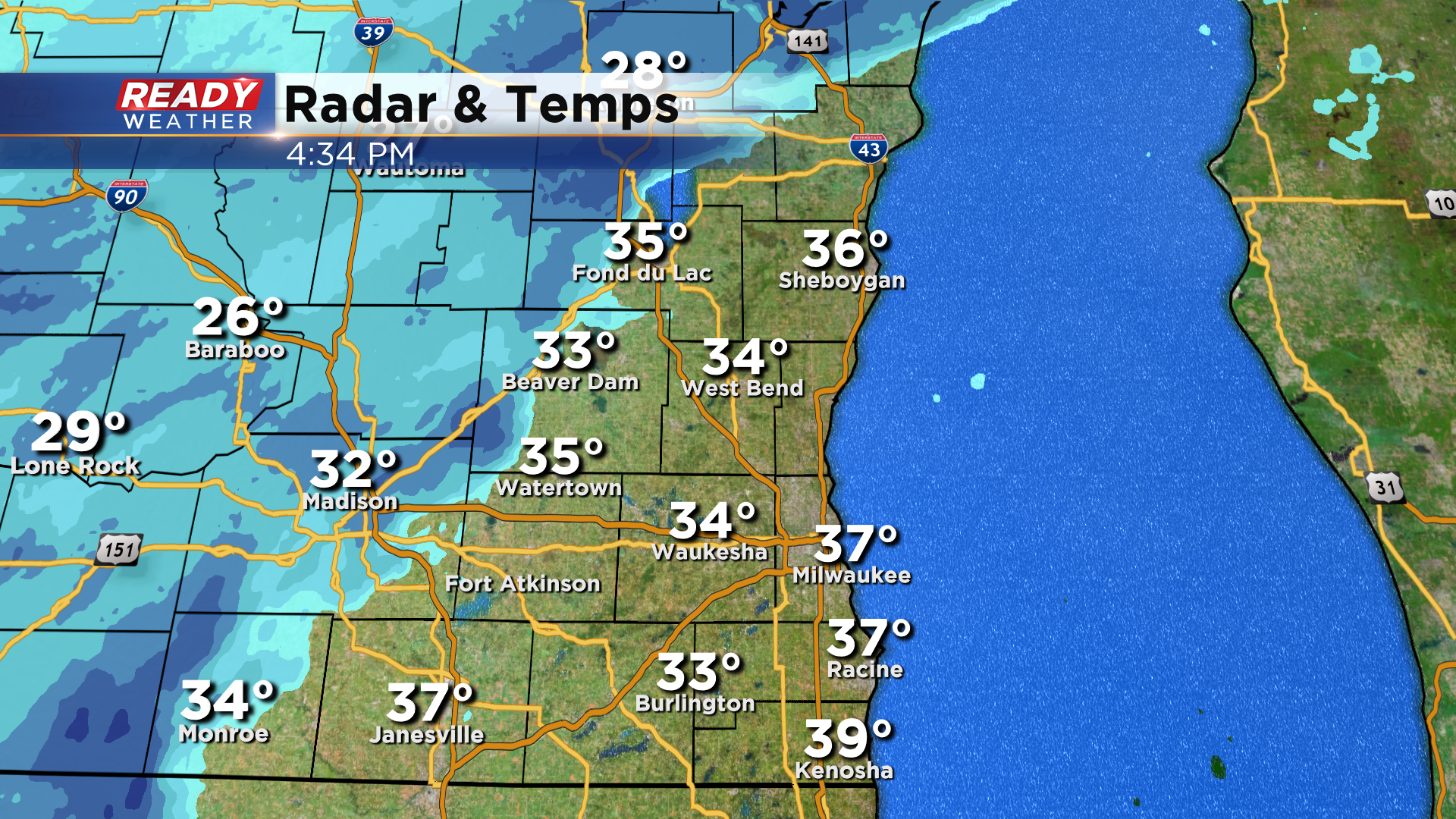 Temperatures ahead of the snow are above freezing especially from Milwaukee southward. Expect some rain to mix in with the snow and cut down on accumulation in these areas. Still expecting 1-2" along and north of HWY 151 before the snow exits around 10 pm. Under an inch expected elsewhere with only a couple tenths of an inch possible in Milwaukee.

Temperatures overnight tanked into the teens and 20s across the Milwaukee metro thanks to calm winds. However, winds turned off the lake around 6 am and brought a little bit of moisture onshore. 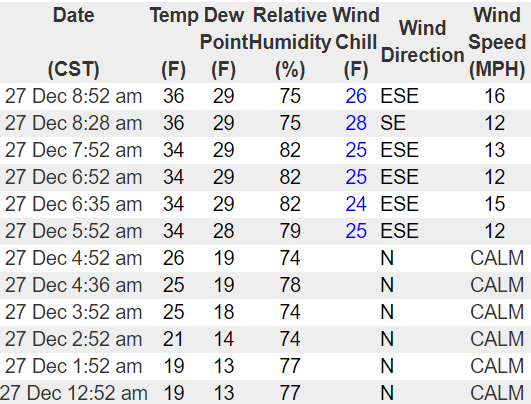 That moisture immediately condensed on the cold roads and created the black ice that's caused numerous accidents this morning. As of 10am, many highways are still ice covered or slippery near the lake. 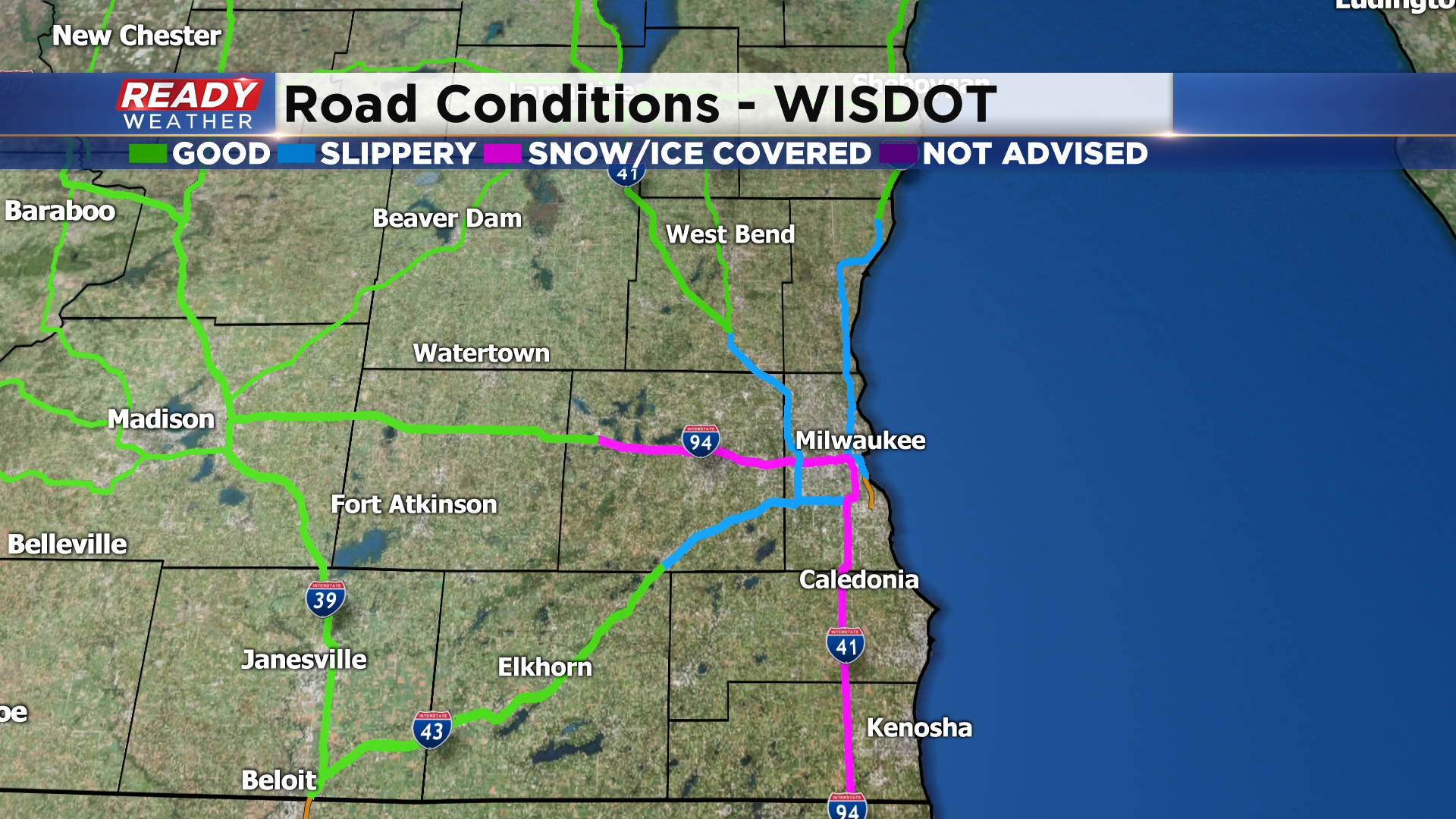 Good news is temperatures are starting to warm into the mid 30s, so roads conditions should improve within the next hour or so. Most of the daylight hours will be dry across southeast Wisconsin as a band of moderate snow sets up just northwest of the area, stretching from Green Bay to Baraboo. 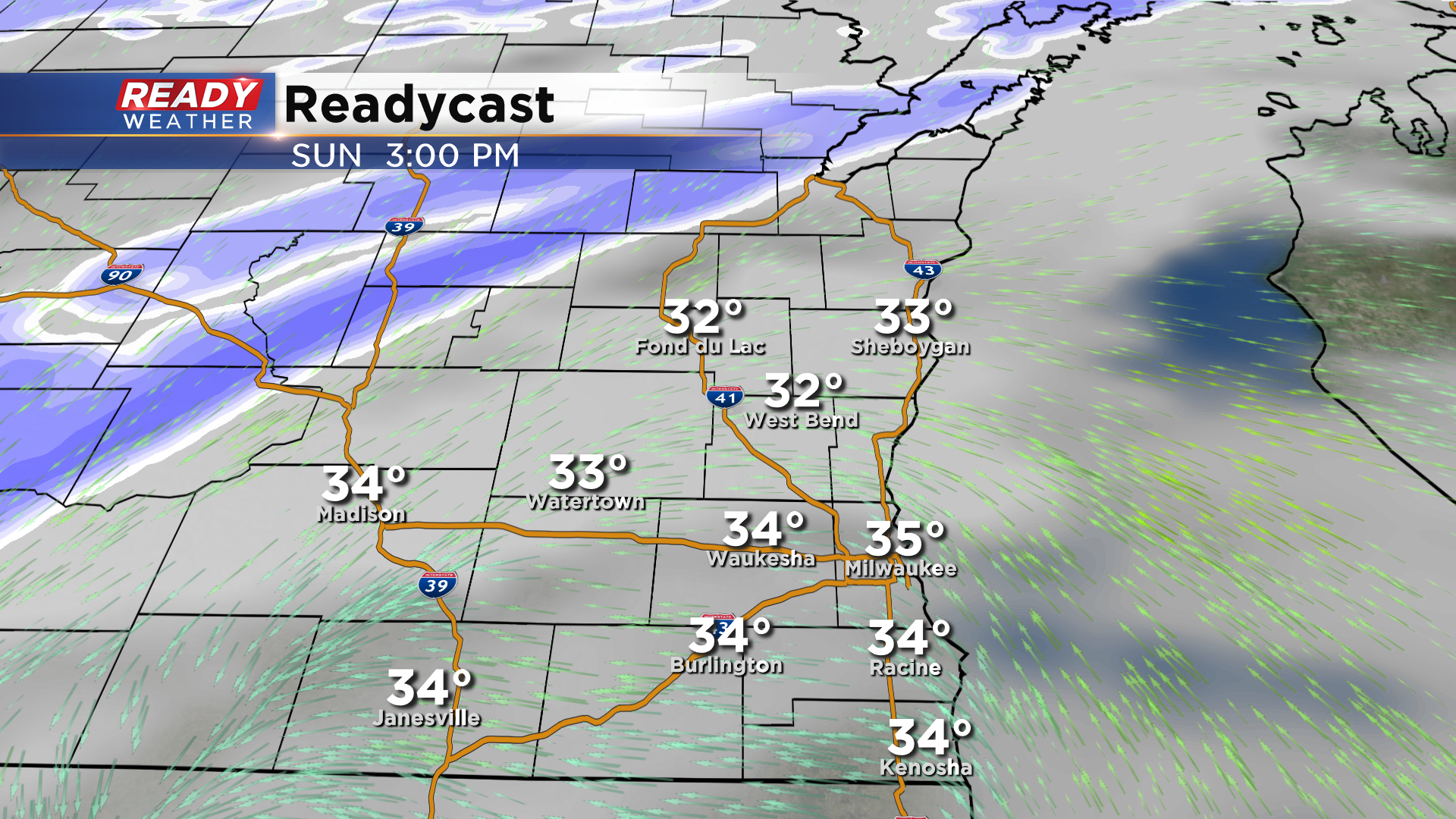 This area of snow will rotate through southeast Wisconsin from west to east after sunset, moving into NW parts of Fond du Lac and Dodge counties as early as 4pm. The bulk of precipitation will push through SE Wisconsin between 6-9 pm. 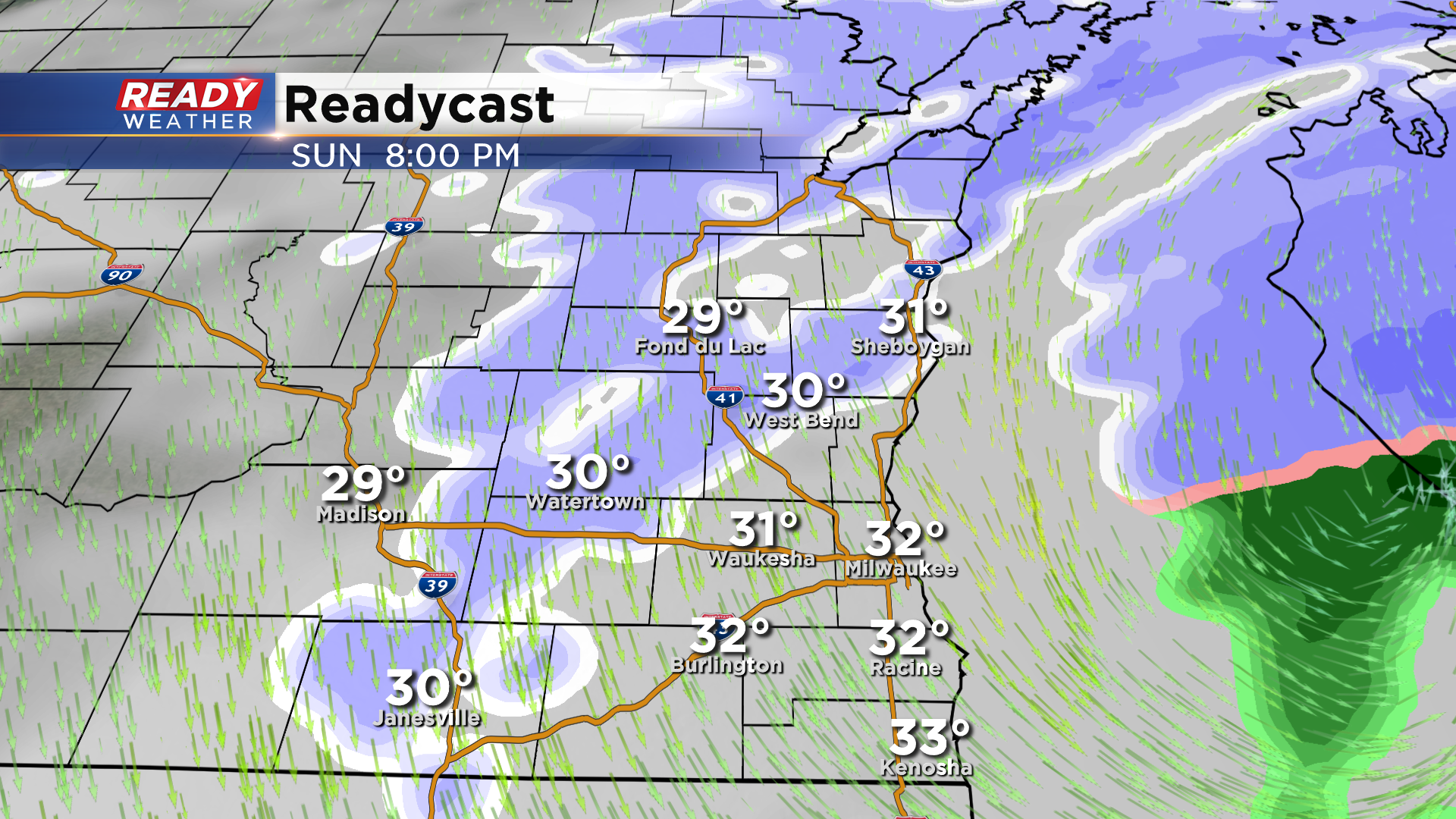 A few rain drops may mix in early in the evening near the lake as temps will be slightly above freezing. Any light snow will exit the area around 10pm. Most of southeast Wisconsin will pick up under 1" of snow, but areas NW of a line from Beaver Dam to Fond du Lac could see 1-2". 2-5" of snow is expected NW of the area within that moderate band of snow. 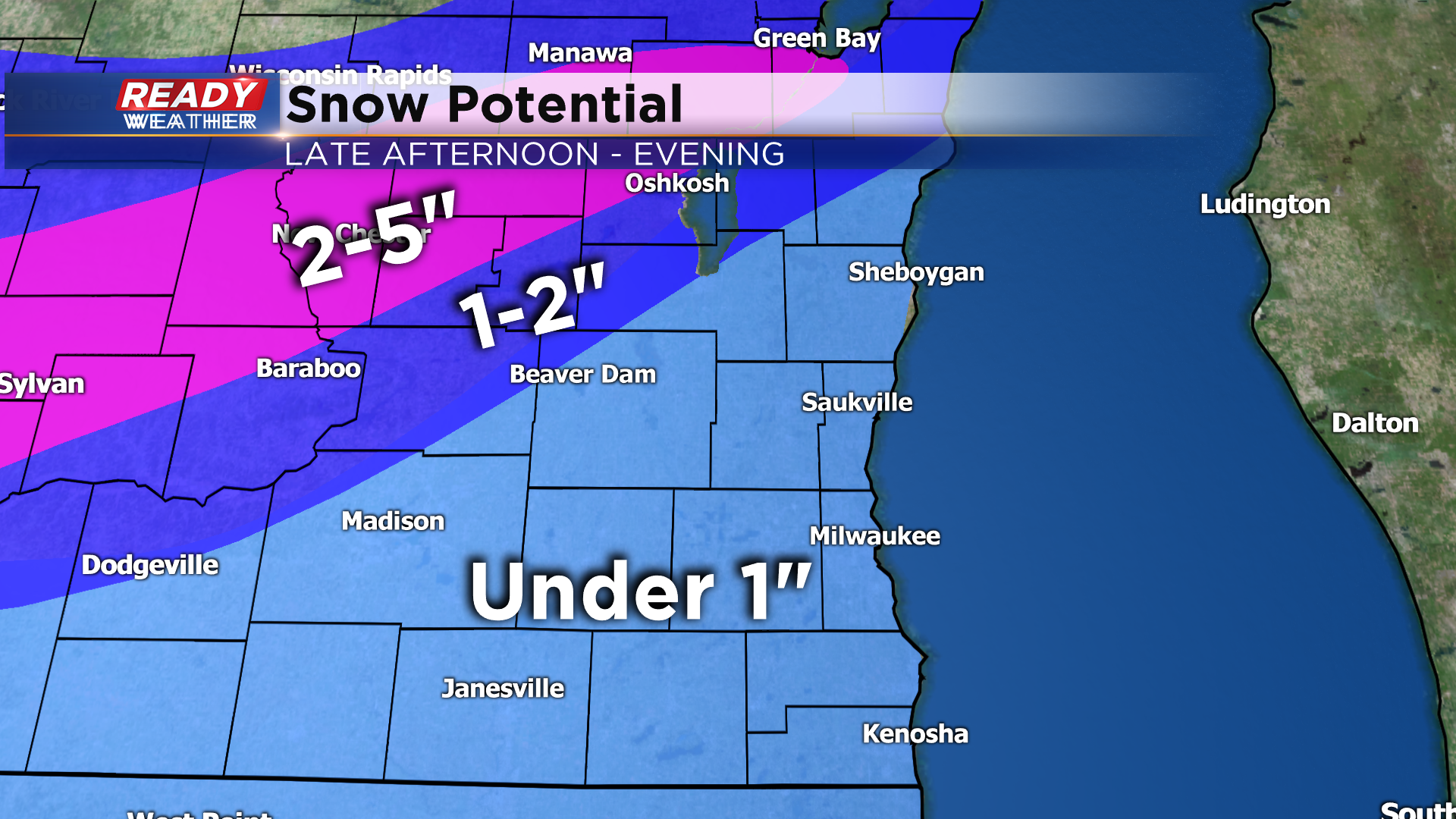 Quiet weather returns Monday and most of Tuesday, but a wintry mix/snow will move in overnight Tuesday night into Wednesday morning, which could cause slippery conditions for the morning commute on Wednesday. 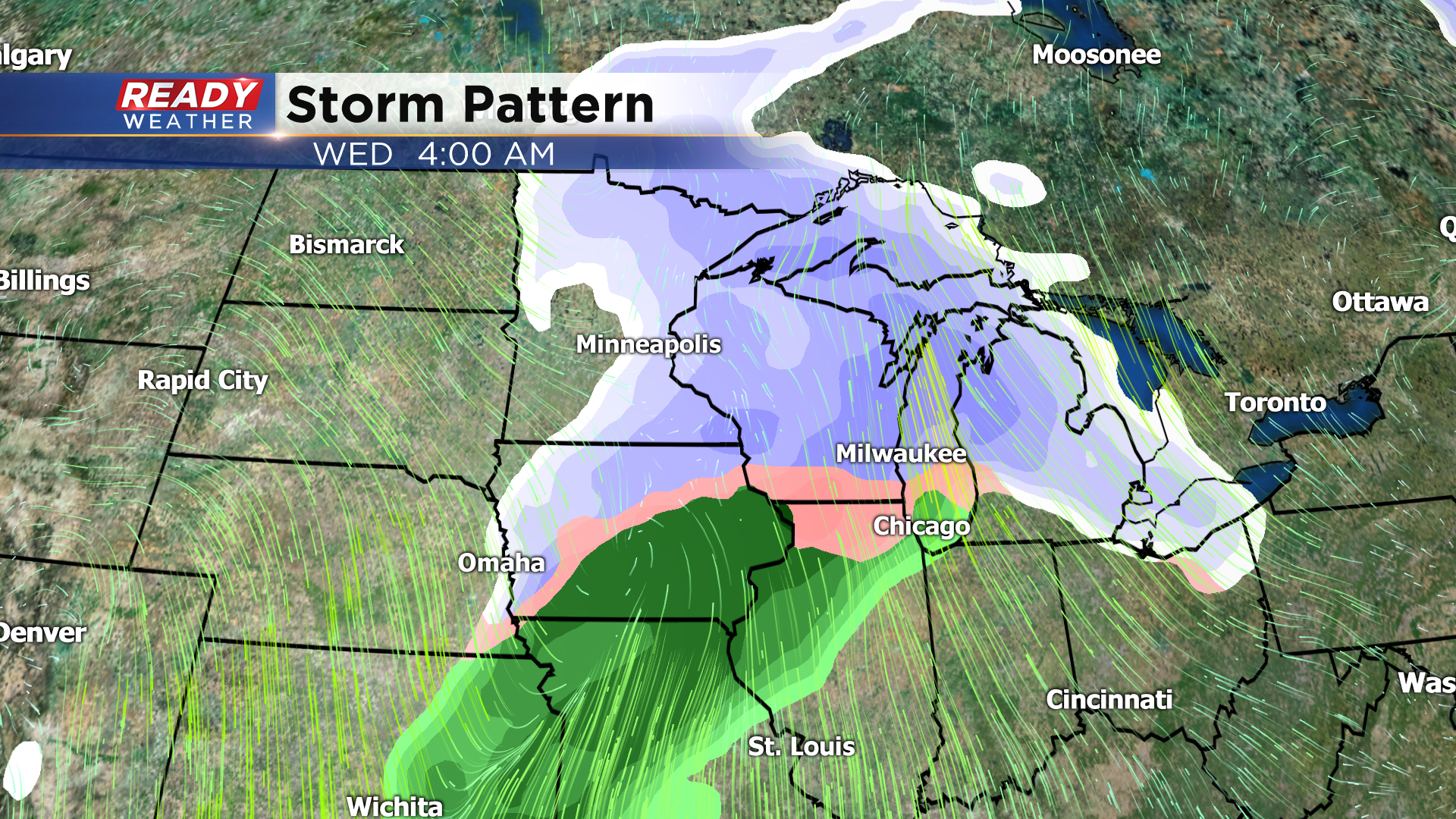 However, there is a lot of uncertainty regarding this system and whether or not we'll transition over to rain during the day Wednesday or remain in a wintry mix/snow situation. Check back for updates over the next few days.