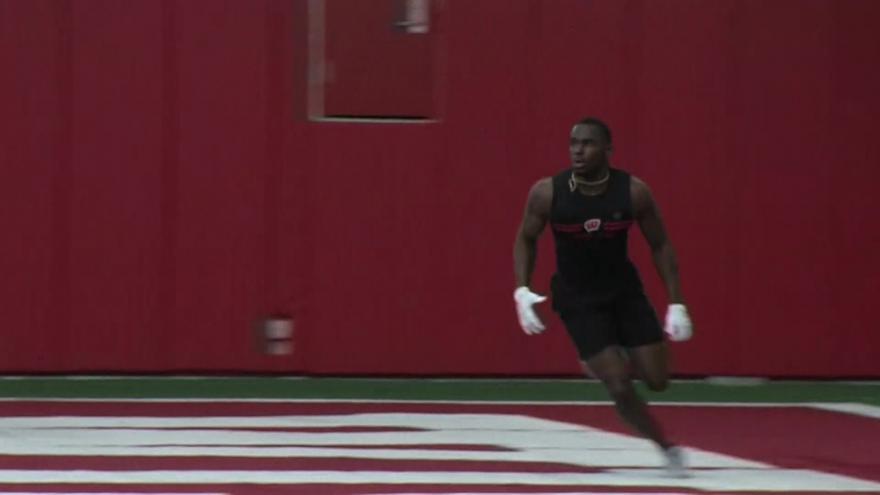 MADISON, Wis. (CBS 58) -- NFL personnel representing every team in the league were there for Pro Day in Madison on Wednesday, March 11 -- and they saw something interesting from Quintaz Cephas. The Wisconsin Badgers wide receiver ran a 4.7340 yard dash at the combine in Indianapolis, and ran a 4.56 in Madison.

Jonathan Taylor did plenty to impress the scouts at the combine, and continued that good work in Madison Wednesday.

"There’s always pressure when there are eyes on you, there are still boxes to check. I wanted to come out here and make sure I caught the ball well. Did a little bit of it this year, being able to showcase that, but I wanted to be able to confirm that for all of the scouts and coaches that are coming out here to see me through that," Taylor said.

Chris Orr had a chance to work out for scouts for the first time, as he was not invited to the NFL combine. Orr says despite that fact, he still expects to be drafted in late April.