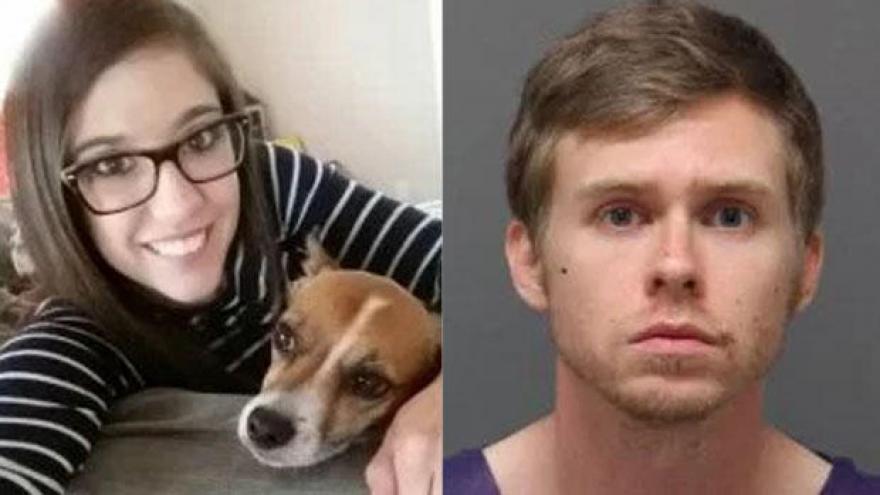 RALEIGH, N.C. (CBS NEWS) -- An autopsy has found 123 stab and slash wounds on a woman who police say was stabbed by her husband after he said he took cold medicine, woke up, and found his wife dead.

The autopsy report for 29-year-old Lauren Phelps details 24 stab wounds and 20 cuts to her head and neck, as well as dozens of wounds to her torso and arms, reports CBS affiliate WNCN.

In a 911 call, Phelps' 27-year-old husband, Matthew, told the operator he took more cold medicine than he should have Sept. 1 and woke up after his dream with blood all over him and a knife on the bed he shared with his wife in their Raleigh home.

Matthew Phelps is heard on the call obtained by WNCN saying, "I think I killed my…."

When a dispatcher asks him what happened, he says, "I had a dream, and then I turned on the lights and she's dead on the floor."

"How? How? How?" the dispatcher is heard asking.

Phelps responds, "I have blood all over me and there's a bloody knife on the bed and I think I did it."

Paramedics found Lauren Phelps in the fetal position on her bedroom floor, reports WNCN. She was transported to the hospital where she later died, officials said.

After a court hearing last month, Phelps' lawyer Joseph Blunt Cheshire V told the paper that the effects of the cold medicine on his client would be "an interesting subject of inquiry."

Phelps says the medication he took was Coricidin, a cough and cold medication, "because I know it can make you feel good and sometimes I can't sleep at night."

Coricidin contains dextromethorphan and chlorpheniramine, which experts say when taken in high doses – which is typically a result of recreational use – can cause euphoria, agitation, psychoses and dissociative phenomena.

A statement available on the Coricidin website describes abuse of over-the-counter products including those that contain dextromethorphan, one of the active ingredients in certain Coricidin products, as a "long-standing issue" and says the cough suppressant is safe when used as directed.

In a statement released to CBS News' Crimesider, Coricidin parent company Bayer said it "extends our deepest sympathies to this family."

"Patient safety is our top priority, and we continually monitor adverse events regarding all of our products," the statement said. "There is no evidence to suggest that Coricidin is associated with violent behavior."

"There's a whole lot more to this story that will be told in the future," he told the paper.