Arrest after woman found naked in bushes at Disney World 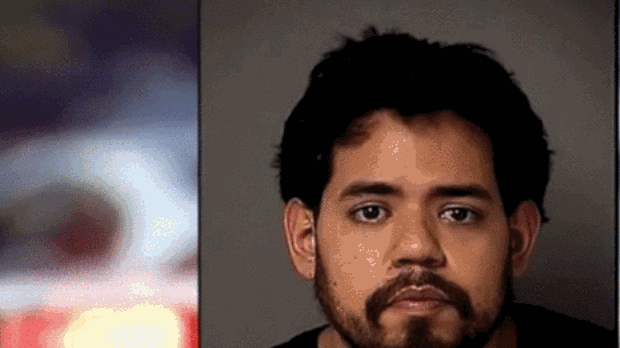 A man arrested on allegations of raping a woman outside the House of Blues at Downtown Disney admitted to having sex with her near some bushes and said \"she was out of it,\" according to an arrest affidavit.

CBS affiliate WKMG reports that Hector M. Herrera, 26, who works as a cook at the Magic Kingdom's Backstage Bistro, was arrested Thursday on sexual battery charges at his home and was taken to the Osceola County Jail. Disney said Herrera has been placed on unpaid leave pending the outcome of the investigation.

Herrera was reportedly arrested after authorities released surveillance pictures recorded at the House of Blues. Deputies said Herrera was identified after a tip from a citizen, who saw the surveillance photo on local news.

\"I told a friend of mine, 'I know who this guy is, and I don't know what to do,'\" said the woman, who didn't want to be identified. \"I never thought something like that. He was quiet, actually.\"

The victim, whose age was not released, was discovered last Thursday morning by a security worker in some bushes outside the House of Blues and Cirque du Soleil, in a dining and entertainment district at Disney World, Orange County sheriff's deputies said.

According to deputies, the woman's underwear, clothing, purse and a used prophylactic were found nearby.

The woman reportedly told deputies that she was drinking with a friend and a roommate at her apartment and consumed two bottles of Redd's Apple Ale and seven or eight shots of vodka before going to the House of Blues.

The woman said she does not remember leaving the House of Blues. The station reports that she was found outside by the security officer around 5 a.m.

The woman said she was unaware of being involved in sexual activity but was certain that if she had sex, it was not consensual, authorities said.