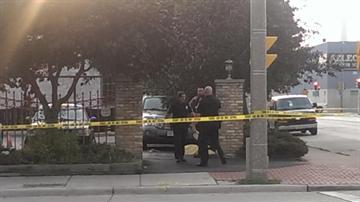 MILWAUKEE -- Milwaukee police are investigating a fatal shooting that happened during an armed robbery attempt in Walker's Point.

Police say four people were trying to rob a group of people near 2nd Street and National Avenue around 5:30 a.m. September 1 when one of the would-be victims pulled out a gun and shot one of the suspects.

The suspect died at the scene and the others ran away.

Police believe this group may be responsible for several recent armed robberies in the area.

Investigators say several arrests have been made since the shooting.