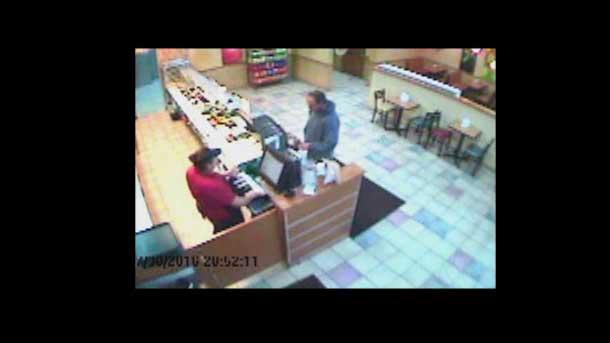 An armed robbery occurred at the Subway on the 9100 block W. Oklahoma Avenue on July 30.

Milwaukee Police are asking the public to help identify a suspect wanted in an armed robbery at the Subway restaurant, 9115 W. Oklahoma Avenue, around 8:50 p.m. on July 30.

The suspect walked into the restaurant, told the employee he was armed with a gun, and demanded the employee fill a plastic bag with money from the cash register.

The employee gave the bag of money to the suspect who then fled on foot.

The suspect is described as a white male, 36-38 years-old, 5-feet 10-inches tall, 170 pounds, with a slim build, short blonde curly hair, a receding hair line, and a scruffy beard.

According to police, he was last seen wearing a light blue pullover hooded sweatshirt with light green shorts.