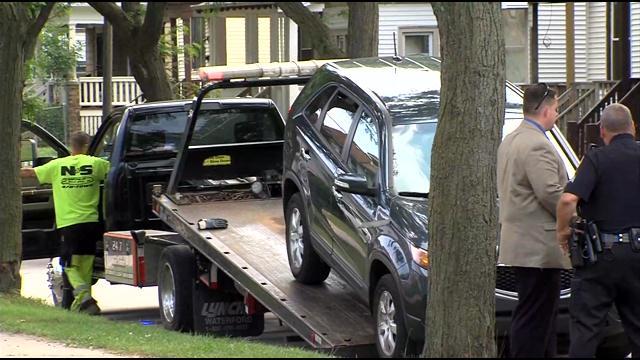 
At around 2:15 p.m. Tuesday afternoon, the pharmacy was the victim of an armed robbery. The suspects are described as two African-American males in their late teens.

Both suspects are described as wearing dark colored pants, dark shoes, black gloves and dark colored hoodies with the hoods pulled up. Both suspects displayed what appeared to be handguns during the robbery and brought.

The suspects fled in a black SUV and a pursuit was initiated. The suspect vehicle was located in the area of 39th and Galena. A potential suspect is in custody and is currently being questioned.

Wendell Baker just moved into the neighborhood about three months ago. He hopes police catch the second suspect.

\"It's kind of scary because you never know how crazy and psycho some people can be now and days,\" Baker said. \"You never know, somebody can be walking down the street, a psycho or a felon hiding a gun.\"

\"So you're kind of scared because there are a lot of kids in the neighborhood,\" he said.