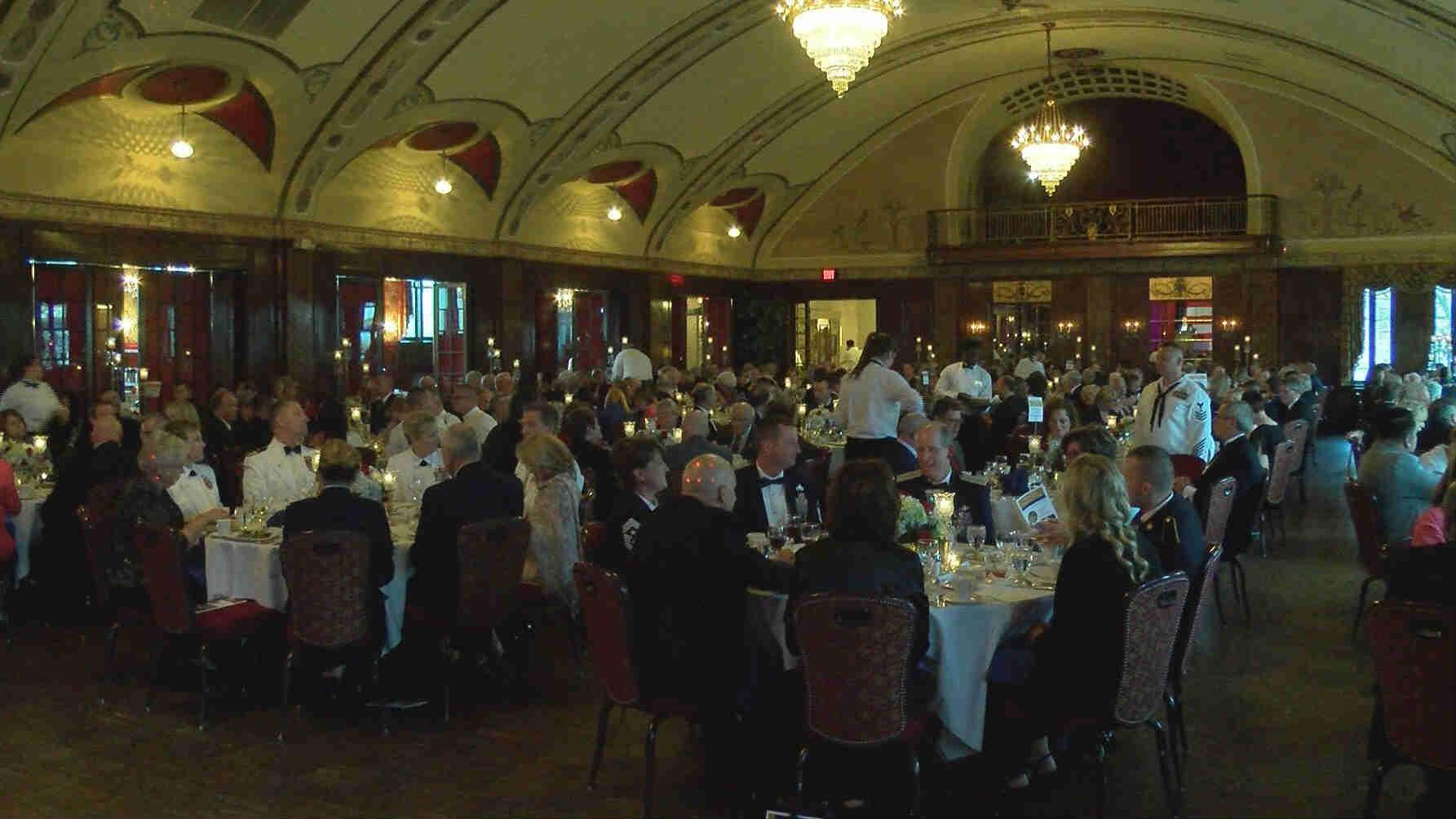 Wisconsin Congressman Paul Ryan told a military audience in Milwaukee Monday night that the House of Representatives will be restoring cuts in military spending.

\"We have to show that America is still America,\" the Janesville Republican told the crowd gathered for the annual Armed Forces Dinner at the Wisconsin Club that later this week the house will authorize a bill that brings the defense and overseas contingency budget back over $600 billion.

Other speakers welcomed the opportunity to share their passion for their chosen profession, including Vice Admiral Robin R. Braun, the Chief of Navy Reserve and Commander, Navy Reserve Force.

Braun has accumulated more than 5,8000 flight hours in Navy aircraft. Her awards include the Defense Superior Medal, Legion of Merit (three awards) and the Meritorious Service Medal (four awards).

\"I joined the navy 37 years ago and I absolutely fell in love with it, Vice Admiral Braun told CBS 58 News. \"I fell in love with the people the mission and the opportunity to make a difference in the world so I love my job I love being able to support the nation.\"

Buttery served as Company Commander for 125 combat engineer soldiers out of northern Wisconsin, which deployed to Iraq in 2003. As company commander, he successfully completed 300 security and stabilization missions in support of Operation Iraqi Freedom 1. Buttery was awarded the Bronze Star Medal for his missions conducted in support of Operation Iraqi Freedom and the Army Commendation Medal for his leadership in the construction of Camp Badger, a 1,200 person base camp at LSA Adder, Iraq. Injuries sustained in Iraq eventually ended Buttery's active military service.

Fisher House Wisconsin, part of the national organization dedicated to supporting America's military families in their time of need, is currently in the process of building Wisconsin's first Fisher House - a $6 million construction project on the Clement J. Zablocki VA grounds in Milwaukee. The home will be over 13,000 square feet with 16 bedroom suites that can house up to eight people per suite. The house will be funded by the Fisher House Foundation and private support from the community.