Are your Bruce Springsteen Tickets Fake? 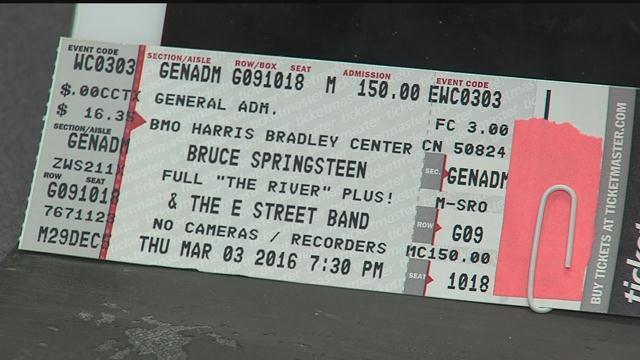 If you're a Bruce Springsteen fan finding an online deal for $250 is the steal of the century, but it may be just that- theft.

Mike Holzberger with Connections Ticket Service says, "The fake tickets are very very good, and will fool 99 percent of the people who see them. They look like real tickets but they are not."

Holzberger is a certified dealer and says they're concerned by the number of fake tickets they're seeing on craigslist.

"People have no tickets at all, list a very good seat location with a low price to try to entice you to send money via some type of insecure payment method."

They may ask you to send your money through western union, google wallet, or other online services. He says when in doubt use a credit card since you're guaranteed a refund on those fake tickets.

"Sometimes they'll send you some type of an email that sends you a doctored confirmation or they might steal someone elses picture of tickets, that someone else listed on the internet for sale."

CBS 58 News responded to the suspicious craigslist ad.  When we asked to meet the seller in person, they said 'no.' When we requested a payment method, his method made it impossible to get our money back. Ultimately, we asked for a screen shot of the tickets--something our ticket expert says was fraud.

"Those tickets in the real market would be going for 5-600 dollars a piece."

He says if you avoid any of these traps, you'll likely make it to the concert without buyers remorse.