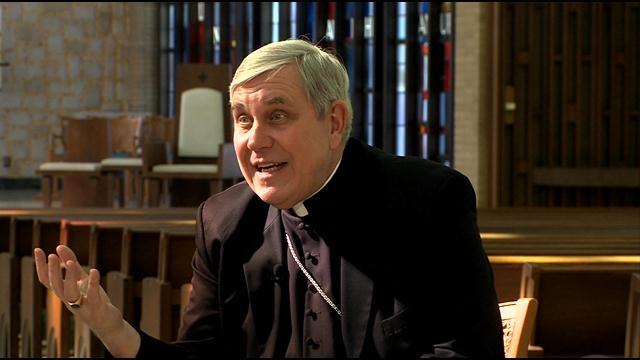 Archbishop Jerome Listecki had a severe allergic reaction on Monday that made it hard for him to breathe.

According to a blog on Archdiocese of Milwaukee, Listecki took some Robitussin because of a sinus infection, but he is allergic to acetaminophen.

“For me, it causes anaphylactic shock,” said Archbishop Listecki.

According to the blog, he called Joanne Merriner who cares for the house and Archbishop.

He asked her to drive him to the emergency room.

Listecki began to lose his voice and it became difficult to breathe.

He called 911 and asked for emergency aid.

“Within two minutes, paramedics arrived, accompanied by an ambulance. They could see I was having a severe allergic reaction,” said Listecki. “I felt a bit like Lon Chaney, who portrayed the “Wolfman” in those wonderful horror pictures of the forties. With every second, my features were changing. I expected the paramedics to say, “Does your face hurt you? Well, it’s killing me.” My ears, normally fairly large, now were Vulcan-like (somewhat like the character Mr. Spock on Star Trek). My face was a vibrant red.”