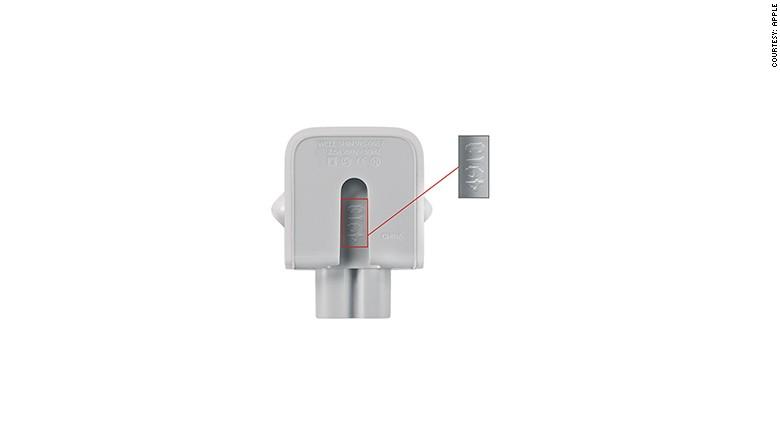 (CNN MONEY) Apple is recalling millions of power adapters because they could cause an electric shock.

The plugs in question were shipped between 2003 and 2015 with Macs and other Apple devices, and were also included in the Apple World Travel Adapter Kit.

In very rare cases, the adapters may break and create a risk of electrical shock if touched, the company said in a statement.

The adapters affected have four or five characters or no characters on the inside slot where it attaches to an Apple power cord, the company said.

Apple said it will exchange the faulty plugs at any Apple store or authorized Apple service provider.

It also said it would refund customers who may have bought new plugs because of the issue.