STURTEVANT, Wis. (CBS 58) -- Apple Holler will be hosting a fundraiser throughout March to help support a long-time employee, Gail Knapp, following a five-alarm fire at their barn.

'We have horses and barns and I can't imagine losing everything, let alone in the middle of winter. Gail has worked with us for almost ten years, so we immediately knew we wanted to do something to support her," said Apple Holler owner Dave Flannery. 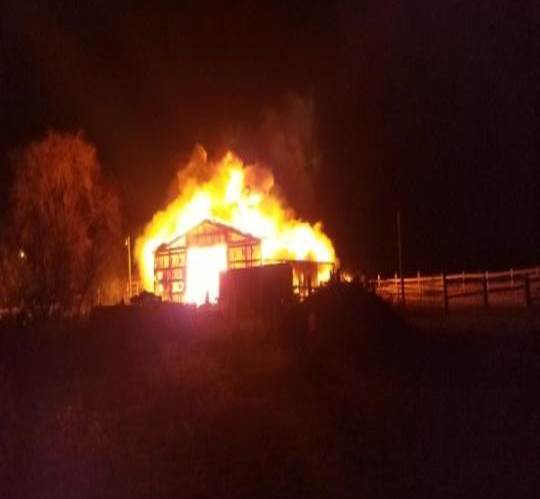 On the early morning of December 5, the Knapp's horse barn and two-car garage caught fire. Both were completely destroyed. The horses were safe as they were not in the barn during the fire. More than $150,000 in damages was caused.

Apple Holler is asking the community to be a part of the fundraiser. When guests purchase a 5-inch apple pie, 50% of the sale will go to Gail and her family. Pies are sold during regular business hours.

For more information including hours and location for Apple Holler, click here. A GoFundMe has also been set up for Gail and her family.