Another Milwaukee Lion...For Real Or Not? 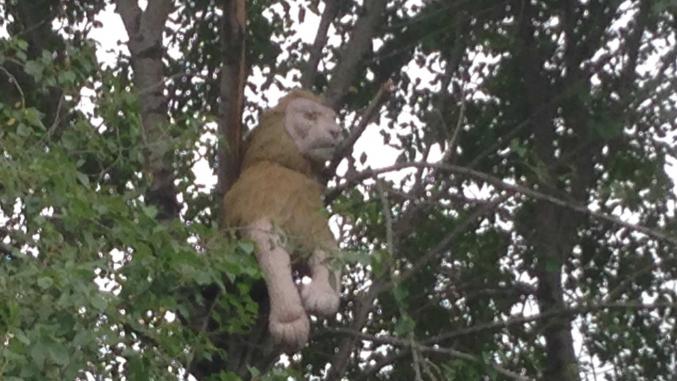 A true sighting of a Milwaukee lion.  Sort of. This one on North Avenue, very close to Commerce Street and the bridge over the Milwaukee River.

Obviously it's not real.  But it really gets you talking.  It wasn't too long ago there was so much hype of some lion like creature, especially on the city's north side.  There were unconfirmed sightings and only one related video.

A construction worker in direct line of sight of the stuffed animal says it's been there a while.  And a U-W Milwaukee student living in a dorm across the street doubt it's a college prank.

It's interesting to note there's a stuffed bear a few trees over as well.

The Milwaukee Police Department says it had no idea the fake lion even existed.  I was also told the police investigation continues into the sightings of the other one.  But there have been no new leads.