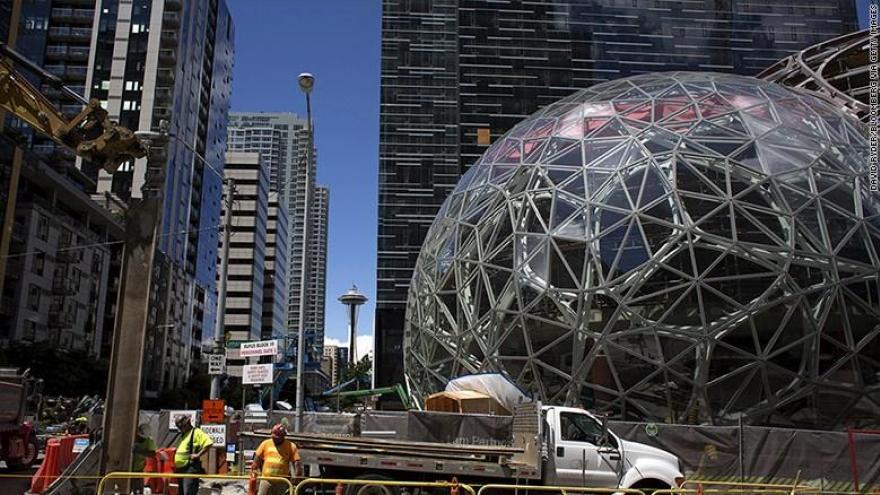 Amazon is trying to do its part to help with Seattle's homelessness crisis.

On Wednesday, the tech giant said it would donate more than 47,000 square feet of space within its newest Seattle headquarters building as a permanent location to house homeless people.

Amazon (AMZN, Tech30) is partnering with local nonprofit Mary's Place to create 65 rooms, which will house more than 200 homeless people every night.

Related: CNNMoney readers save man from homelessness. And he now has a job

"Mary's Place does incredible, life-saving work every day for women, children, and families experiencing homelessness in the Seattle community," Amazon CEO Jeff Bezos said in a statement. "We are lucky to count them as neighbors and thrilled to offer them a permanent home within our downtown Seattle headquarters."

The new Mary's Place shelter will open in early 2020. It will also have a resource center like those the nonprofit offers in North Seattle and White Center, where 40-plus local nonprofits and volunteers work with staff to help families obtain employment and permanent housing.

Related: Lyft says round up your fare and donate to charity

This isn't the first time Amazon has worked with Mary's Place.

Last year, the tech giant partnered with the nonprofit to temporarily house 200 homeless people in one of its empty buildings on its Seattle campus. (Amazon said Wednesday it will work with Mary's Place to move those families to a former hotel across the street, as the company is converting that space to offices.)

And since March 2016, Amazon customers have been able to order items from the Mary's Place's wishlist on the site, such as diapers and socks. "Your help filling our shelves will make a huge difference in the lives of moms, dads, and kids who are experiencing homelessness," Amazon said at the time of the program's launch.

In 2015, Seattle Mayor Ed Murray declared a state of emergency on homelessness.