Alex Trebek staying on as host of "Jeopardy!" 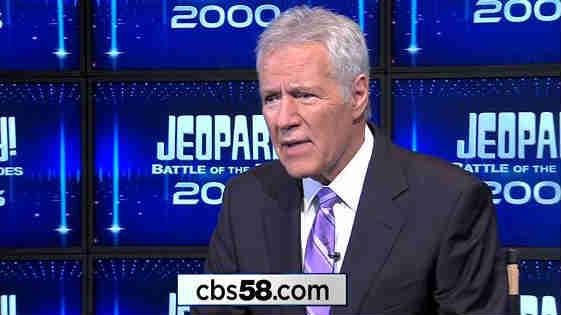 Although there had been hints about him retiring, Sony Pictures has announced that Alex Trebek, 74, will stay on as host of the game show \"Jeopardy!\"

They also announced that  Pat Sajak and Vanna White had renewed their contracts as hosts of  “Wheel of Fortune.”

, executive producer of both shows.

“The enduring success of ‘Wheel of Fortune' and ‘Jeopardy!' serves as a testament to the talents of these remarkable hosts,” said Executive Producer Harry Friedman. “The renewal of their contracts continues the special bond that Pat, Vanna and Alex have formed with generations of TV viewers.”

It was just last year that while visiting \"Jeopardy!\" backstage Trebek told CBS 58's Michele McCormack that for the first time in a long time he was regularly watching and analyzing his work.

\"I'm feeling my age a bit.\" said Trebek in between tapings of the Tournament of Champions. \"I want to see how I come off on the air and I've been pleasantly surprised, knock on wood, that my mistakes are not as prominent as I thought they were.\"