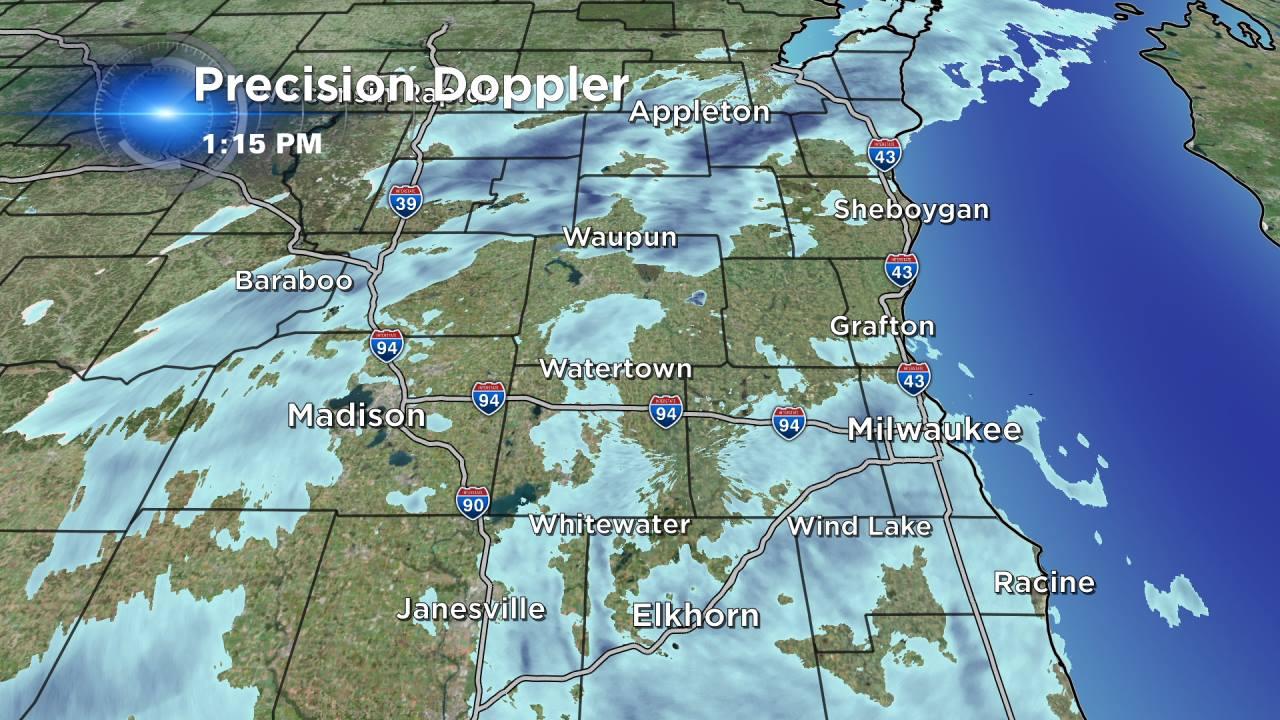 Our first round of light to moderate snow has pushed across the metro.  Thankfully temperatures are in the lower 30s so the roads remain wet.

Another batch of snow will move back in between 3 pm and 7 pm.  Temperatures should stay around freezing, so accumulation will be limited to snow covered grassy areas; moreover, we don't anticipate issues on the roads.

Visibility could be reduced with heavier snow squalls, so allow enough space between you and other drivers if you are traveling.  An additional half inch of snow is possible with this second round.

Colder temperatures falling back into the teens re expected by Wednesday morning.  Highs on Wednesday should only climb into the middle to upper 20s.