The light snow has begun across the metro area.  Expect conditions, in terms of visibility and slick spots, to worsen overnight.  1-3"+ amounts still look good across the area with the heaviest south. The snow should finally taper off by the middle of the afternoon. Behind the system, very cold air and dangerous wind chill numbers into Tuesday and Wednesday. 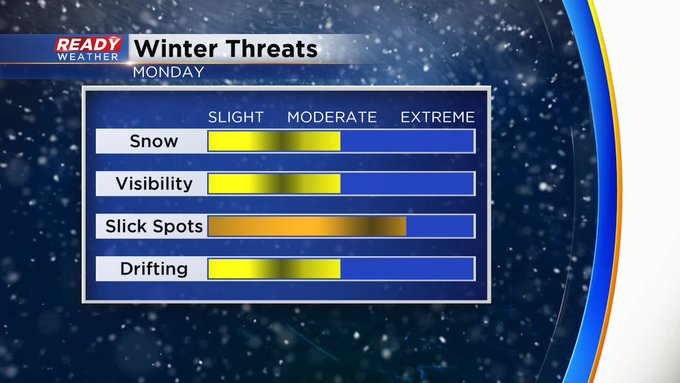 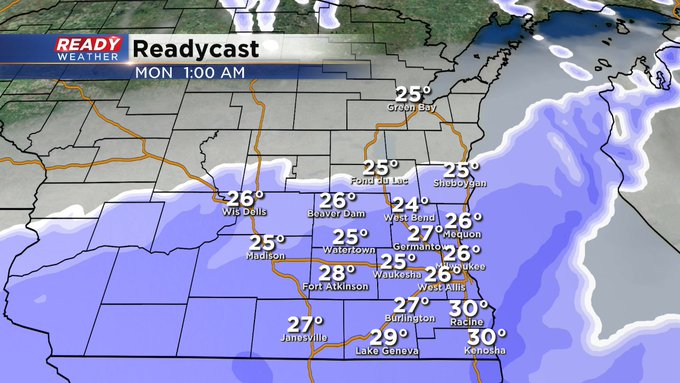 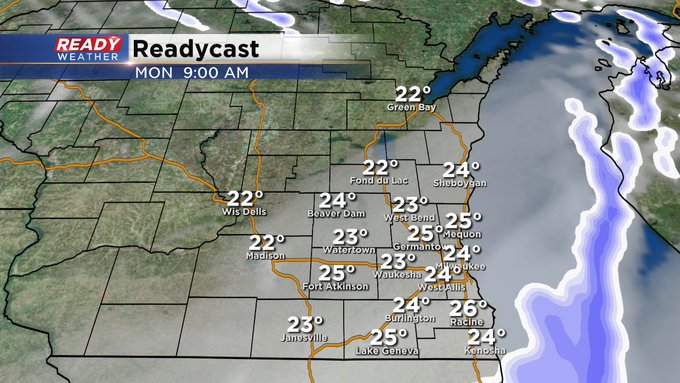 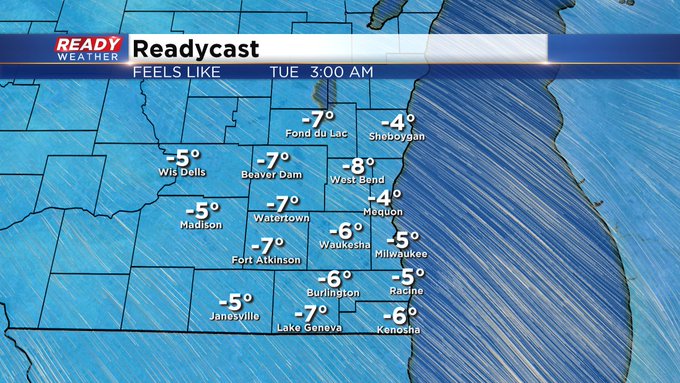 The National Weather Service has issued a Winter Weather Advisory for late Sunday into Monday Afternoon.  1-3"+ snowfall amounts are expected with higher totals potentially toward the WI-IL border.  Low pressure moving across the Ohio Valley is the weather maker causing the precipitation. The snow begins late Sunday evening and tapers off during the afternoon of Monday.  Obviously, because of the timing, Monday morning's commute could be a bit tricky although some of you might have the day off due to Veterans Day. 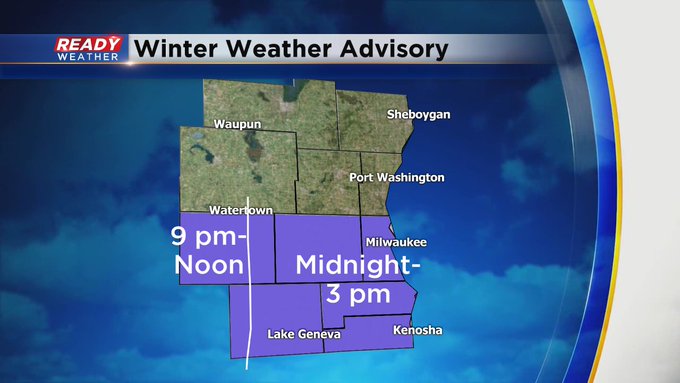 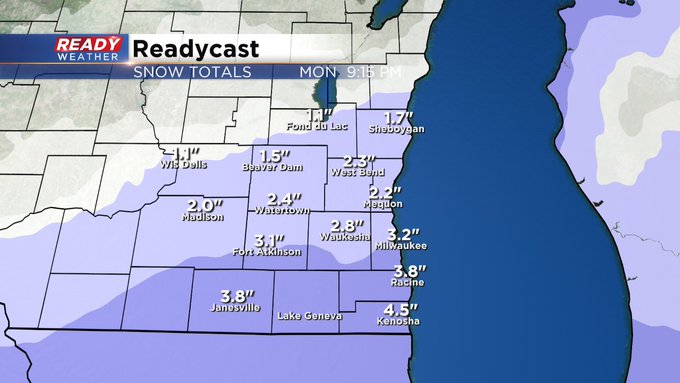 Behind this area of low pressure will be some of the coldest air of the season poised to take over starting Monday night.  Expect highs in the 20s for the first half of the week with subzero wind chills at times. Look for a warmup by the end of the week and into the upcoming weekend.

It looks like the chance for accumulating snow has increased a bit for Monday morning, especially along and south of I-94 as low pressure passes us to the south.  The best window of opportunity for snow will be after 10 or 11 pm Sunday and continue through noon on Monday, Veterans Day. 1-3”+ amounts look common with the potential for more along the WI-IL border. The snow will also be signaling in colder air. Expect highs only in the 20s Monday through Wednesday with subzero wind chills at times. 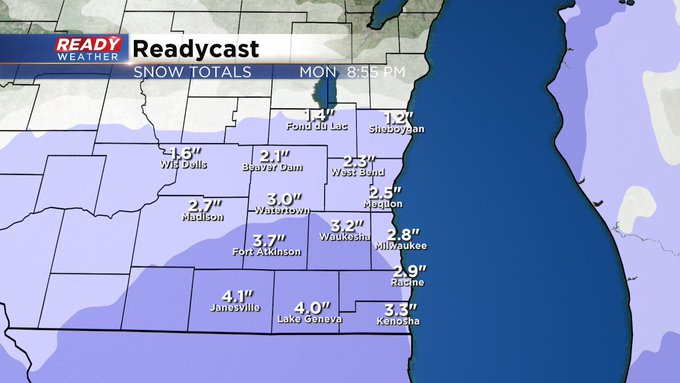 Stay tuned to CBS58 for the latest updates on air and online.

Milwaukee (CBS 58)--Gosh, how nice was that sun on Saturday?  Too bad it's leaving again.  In fact, we could see a little bit of wintry mix later this evening and lasting into Sunday afternoon.  Then a stronger system could generate a few inches of snow to fall Monday morning followed by Arctic air.  We're talking about wind chill temps in the single digits by Monday afternoon and then subzero numbers into Tuesday and Wednesday mornings. 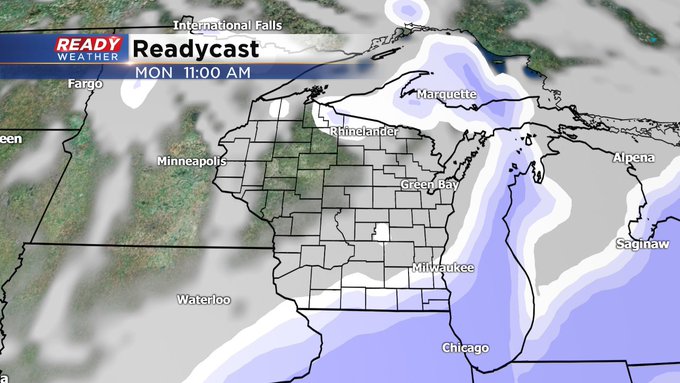 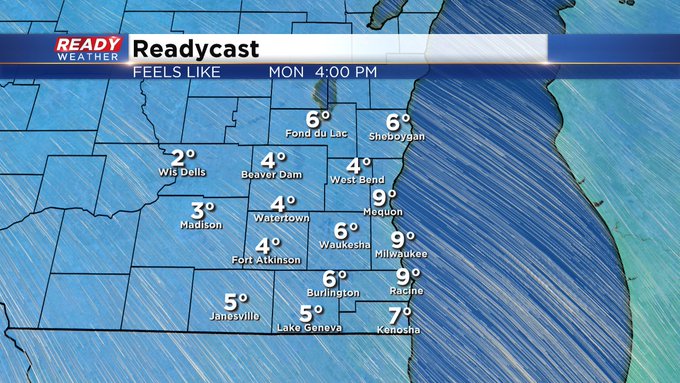 And after the cold sets in, there's another clipper system that could impact us later Wednesday into Thursday.  It does look quieter and milder into next weekend.  That's some good news.