Above normal temps favored for March after mild winter ends

The calendar has flipped from February to March, meaning meteorological winter has officially come to an end, and it was a mild one.

The average temperature for this past winter (December – February) was nearly 5.5° above normal, making this the 6th warmest winter Milwaukee has ever had. Of the 91 days that encompass meteorological winter, only 16 of those days featured a below normal high temperature, and we only fell below zero once! 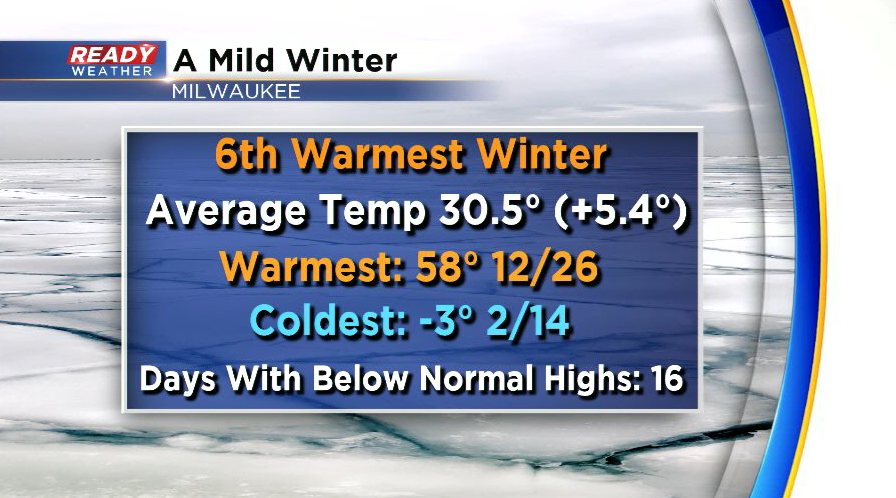 With the mild temperatures this winter, it shouldn’t be a surprise that we were below normal for snowfall. In fact, we were about a foot below normal as Milwaukee has picked up just under 2 feet since December first. 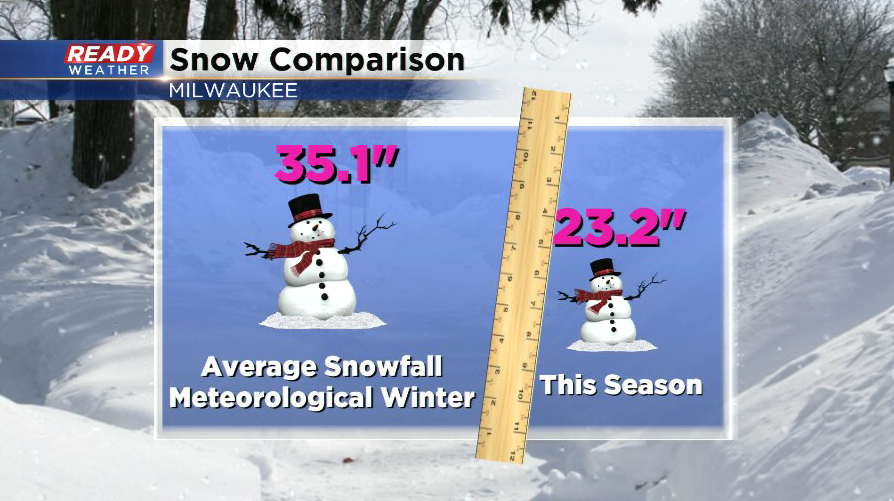 Crazy as it may seem, Milwaukee actually had more snow fall during October and November than in December and February combined. 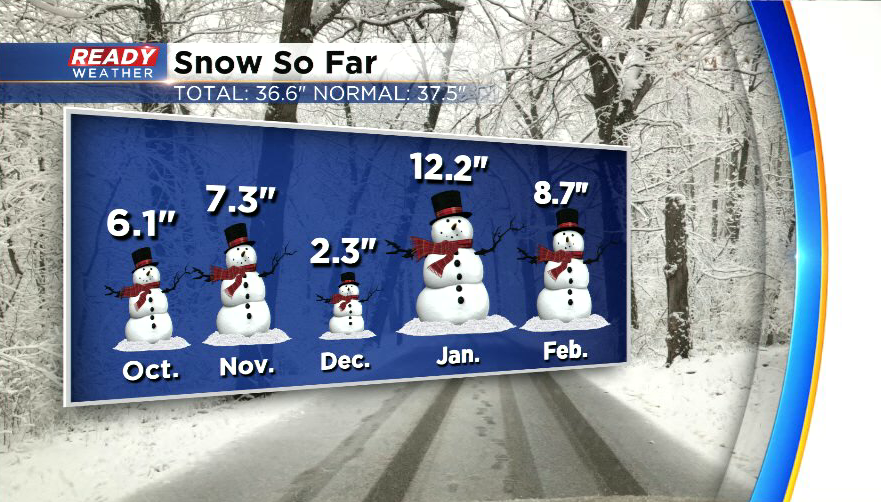 As we look at March, high temperatures usually start the month in the upper 30s and rise into the upper 40s by the end of the month. March is our 4th snowiest month of the year, but at least we’re gaining more daylight. 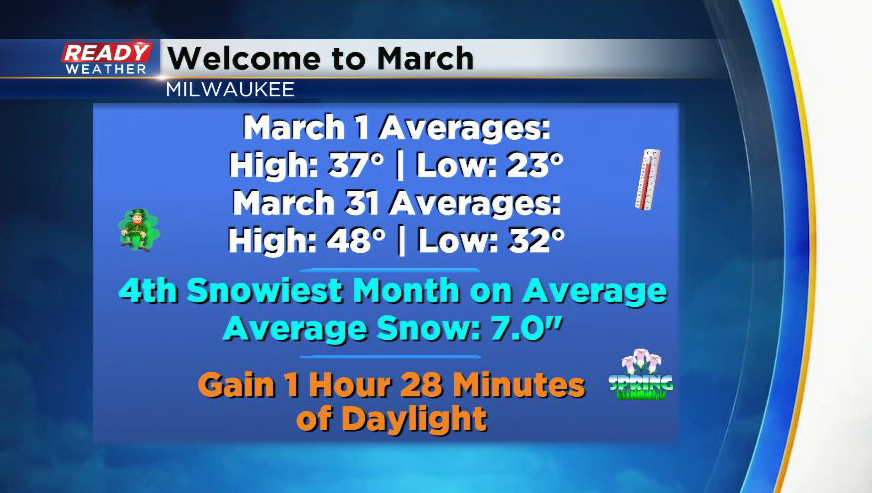 We started off the month of March on the mild side today with highs 15 to 20 degrees above normal as temps warmed into the upper 50s. 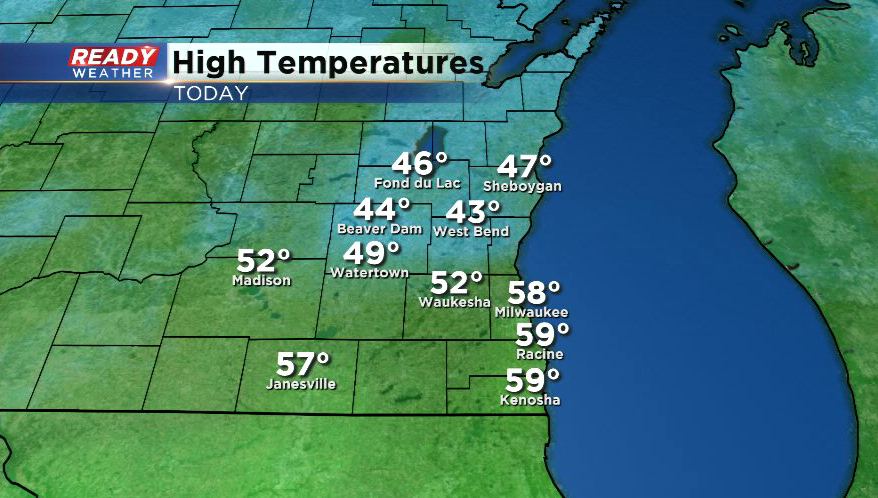 Temps will cool down a bit during the work week, but will still be above normal in the 40s most days. 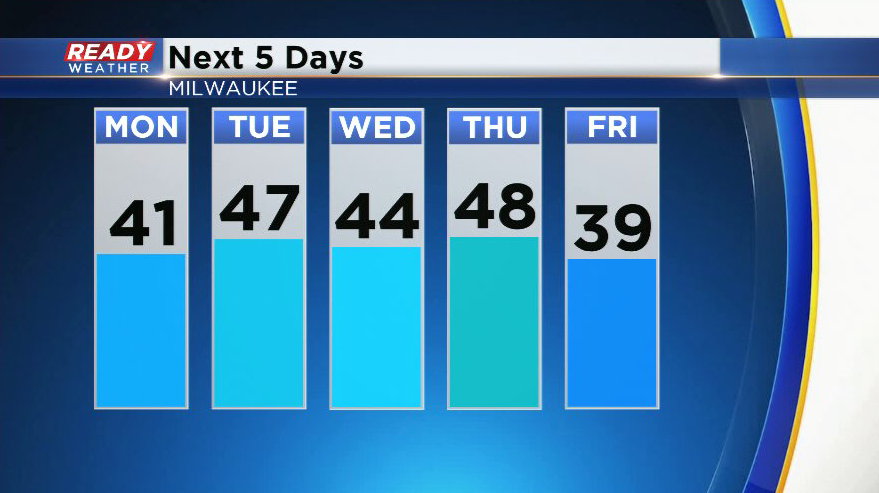 The temperature outlook for the entire month of March is something to get excited about. 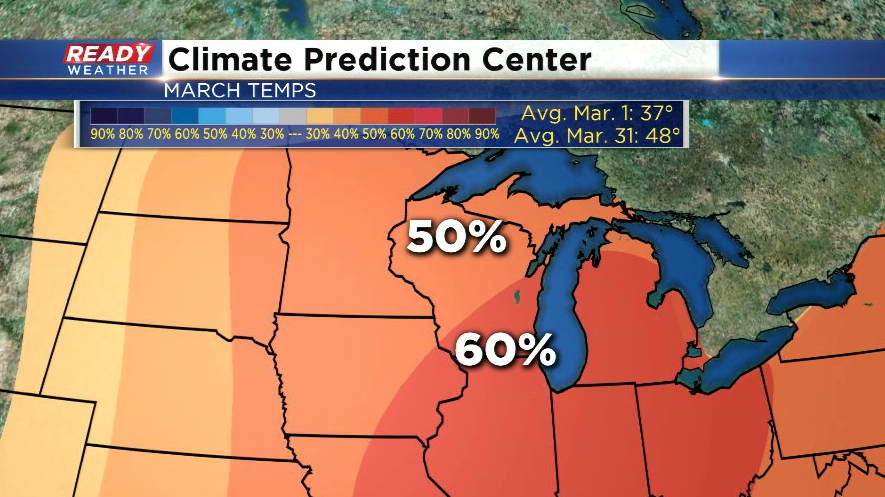 Above normal temperatures are favored throughout the month, meaning we may finally get an early spring this year after such a long winter the past two years. However, we know we aren't done with the snow. Our average date for Milwaukee's last snowfall is April 9th. 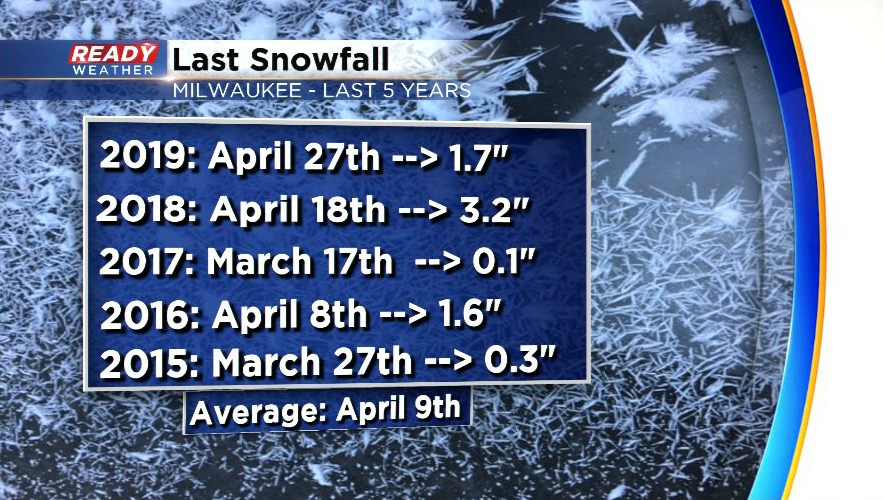